According to psychologists, a crush lasts on average for four months, if feelings persist beyond that, one is considered to be “in love”. Such a statistic sounds too accurate for something as elusive as love, especially when taking into account the fact that the definition of love itself is continually being redefined. According to the Guardian, “what is love” was the most searched phrase on Google in 2012 – an indication of the lack of understanding of a feeling so often talked about. According to Jim Al-Khalili, author of The Physicist: Love is Chemistry, love is a permanent neurological condition, similar to thirst or hunger, only long-term and from an evolutionary perspective, he sees love as a survival mechanism, which evolved to promote and sustain long-term relationships.

If love is associated with the long-term, then a little over four months might be considered too short a period for love to develop. That being said, however, we’ve all met someone for a ridiculously short amount of time, who in spite of being a quasi-stranger has managed to stay lodged in our mind for longer than what would be considered the norm. Crushes can occur with all sorts of people, for an indeterminate amount of time, at any given time and from any distance with someone who may or may not return those feelings.

Related:
8 Types of Girls A Guy Usually Dates Before Meeting His True Love
10 Things You Didn’t Know About Dating a Girl Who’s Been Single A While 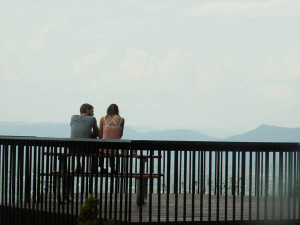 To examine this ‘fact’ more closely, looking at studies done on the different ways in which men and women fall in love might prove instructive. According to an article written on The Rules Revisited blog, women tend to fall in love gradually and generally take longer to fall in love than men. Men tend to fall in love at the initial stages of an encounter or not at all. The evolutionary reason for women taking longer to fall in love has to do with the need to make sure that the person in question is reliable and stable in the way he or she interacts with the world at large. Men, on the other hand, are generally more attracted to looks, and the energy of a man or woman in the moment. Taking the above into consideration, one might conclude that this particular fact may be more fitting for men than women.


According to a study on love done by the BBC, there are three distinct stages of falling in love. The first is lust, a feeling which affects both sexes and acts as an incentive to go out there and look for a mate. The attraction stage is the second stage and is characterised by the typical symptoms of romantic love or strong infatuation between two people. The third and final stage is the attachment stage and is necessary if the couple in question is to stay in a long-term relationship. The findings indicate that a couple who fail to make the transition from the attraction stage to the attachment stage, might either have trouble functioning outside of their relationship in their everyday life or break up.

Needless to say, determining whether a crush, which lasts over four months, transforms into love (even if it is just one-sided), is a very objective and detailed finding on a very subjective and open-ended topic.

Related:
8 Types of Girls A Guy Usually Dates Before Meeting His True Love
10 Things You Didn’t Know About Dating a Girl Who’s Been Single A While