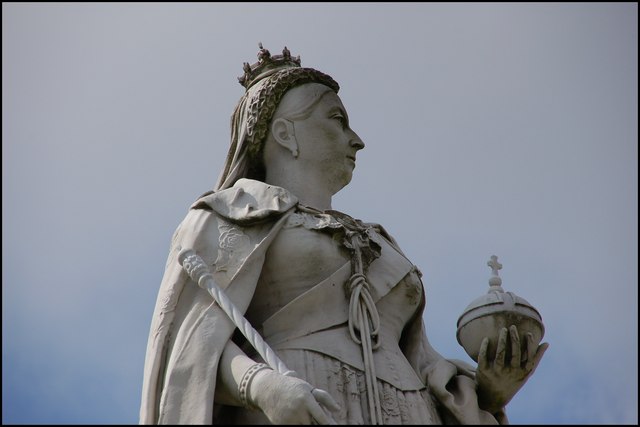 There is a lot to be said about Queen Victoria. In fact, a great deal already has. Crowned the reigning monarch of the United Kingdom at the age of 18, her 63 year reign lent its name to an entire era, a culture, an architectural style, and a belief system. Queen Victoria was much loved, the head of state for the most powerful and yet most peaceful period of the British Empire (the Crimean War not withstanding).

The question should be asked, however, “Was she a great leader?” The Empire was a Constitutional Monarchy, with most of the power residing in Parliament rather than in the Crown. Despite this fact, the people looked to the Queen as their compass in all things political and social. Prime Ministers came and went (ten of them, in fact), but the Queen reigned eternal. It took a brave (and perhaps foolish) PM to stand in opposition to Her Majesty’s Hanoverian whim. Norwich University highlighted ten key characteristics of a good leader. Using that as a litmus, let’s determine if Victoria, was a good monarch, or merely a beloved figurehead.

Queen Victoria has a bit of a negative reputation today in some quarters, but in her day was admired for her frankness. Whether it was her willingness to expose the realities of life as a single mother (“Men never think, at least seldom think, what a hard task it is for us women to go through this very often.”), her opinion of her Prime Ministers (“The danger to the country, to Europe, to her great Empire, which is involved in having all these great interests in the trust of the shaking hand of an old, wild, and unclear man of 82, is very great!”), or the treatment of colonized people (“The future viceroy must not be guided by the stuck-up and indecent, over-bearing and insulting behaviour of our Civil and Political Agents, if we are to go on with peace and happiness in India.”), the Queens honesty in a time of polite fictions won her the devotion of her nation.

Her Majesty was obliged to work with her Prime Ministers throughout her reign. In some cases this proved to be a frustration for her. However, in many cases, she was glad to rely on her PMs. Her working relationship with Prime Minister Benjamin Disraeli was such that she openly wept after his death.

Queen Victoria was a consummate communicator. Though a very private person, her ability to move people was well known. Her public comments swayed crowds, even earning her wide accolades in Ireland at a time when the Famine was seen as proof that England would gladly see Ireland starve. Extracts from her diaries were published by her and proved to be very popular amongst the populace. Her record here is, however, diminished by her decade long silence following the death of Prince Albert.

Victoria is famously (and incorrectly) quoted as having stated “We are not amused” on more than one occasion. In spite of this, her sense of humor was alive and well. She could quite happily quip on matters ranging from her own height (“Everybody grows but me.”) to wordplay (She once referred to the daughter of a Mr. Gunn as “little miss Pistol”.) She could even snark in the face of danger, once commenting after an assassination attempt that it was worth being shot at to see how beloved she was to her people.

Despite being famously doubtful of her own qualifications (“I am every day more convinced that we women, if we are to be good women, feminine and amiable and domestic, are not fitted to reign.”) Her Majesty was a supremely confident ruler. When it came to discussing setbacks she had a simple rule. “Do not to let your feelings (very natural and usual ones) of momentary irritation and discomfort be seen by others.” She always showed others a confidence that became the hallmark of the Empire.

Though intended to be little more than a figurehead, Queen Victoria was committed to the wellbeing of the Empire. She consulted with her ministers constantly when it came to the matters of state, insisting on playing a role in crafting the course of the nation. Upon ascending to the throne, Her Majesty spoke to Parliament in a short speech, during which she promised, “I shall steadily protect the rights and promote to the utmost of my Power the happiness and welfare of all Classes of my Subjects.” For the next 63 years she would do precisely that.

In spite of the depression the death of Albert caused in her, Victoria had a staunchly positive attitude. While many of the leaders of her day showed great concern over the advancing technology overtaking the empire Her Majesty embraced it, setting an example for her people. She was the first monarch to ride a train (even going so far as to commission a royal coach), first to go to sea on a steamship, and the first to be photographed. She wrote frequently and fervently about the marvels of the 19th century, a factor that strongly encouraged the development of the modern world.

Queen Victoria had been an extremely creative child, with a flair for the arts that became evident early. She retained this creativity throughout her life, and applied it to more than just the arts. In an era where the world was expected to be British, she famously hired an Indian to teach her to speak Hindi and Urdu as a means to better understand her far flung subjects.

Queen Victoria had been the reigning monarch for less than two years when she married the love of her life, Prince Albert of Saxe-Coburg and Gotha. She had not yet had time to convince a doubting public that she would be a far better monarch than the less than successful previous two monarchs, her uncles George IV and William IV. Never-the-less, when her majesty kicked tradition to the curb and chose to wear white at her wedding it kicked off a tradition that has lasted ever since. Her frequent depictions in family photos launched family portraits to the forefront of family rooms everywhere. Victoria was nothing short of a trendsetter.

When Queen Victoria took the throne she was in uncharted waters. Though her grandfather had reigned with only some limits to his power, during the reign of her immediate predecessors the throne had been rendered to little more than a figurehead. The last queen to sit the throne had done so over 100 years earlier. With little precedent or guidance to go on, Victoria crafted the modern understanding of the royal family. From the details of her coronation to the careful neutrality she maintained in regards to party, the method of limited rule she created is still practiced. Her latest successor, Queen Elizabeth II, has even publically stated she will be following Victoria’s precedent by not marking the moment she finally overtakes Victoria as England’s longest reigning monarch, as Victoria had done by not making a tizzy about exceeding the length of George III’s reign.

Looking over these elements, and how Queen Victoria exemplified them the conclusion is clear. In a time when the Monarchy first had to adapt to having been essentially stripped of any real power, Victoria retained leadership in England. She did so, not by some divine right or reliance on law, but through fully embracing her role as the monarch and exercising the best characteristics of a leader. In so doing she not only lived as the longest reigning British monarch, but gave her name to everything 19th century British in the minds of those generations that were to follow.