If you want to talk about locations where there is a diverse collection of living things, you really cannot go wrong with rainforests. Rainforests account for only about 6 percent of the total land area on the planet but more than half of the world’s species live there! An astounding 30 million or more different species make their home in the rainforests of the world. Discovering the rainforests must have been like hitting the biological lottery for the first biologists that ventured in to explore them. No matter where you are on earth, you are benefitting from the rainforests because the plant life that grows there produces a very significant portion of the world’s oxygen.

There are also numerous products that are made using things that are found in rainforests such as sugar, cinnamon, rubber, and chocolate. It would be hard to imagine our lives without these products to enhance them, especially chocolate! There are also numerous life-saving drugs that are formulated using things that grow in rainforests. Whether life on this planet would be possible at all without rainforests is a question best left for scientists to work out, but there’s no doubt that our lives would be different without them, and not in a good way. In addition to plant life, rainforests also harbor an amazing variety of animal life. These are some of the unique animals that call the rainforest home. 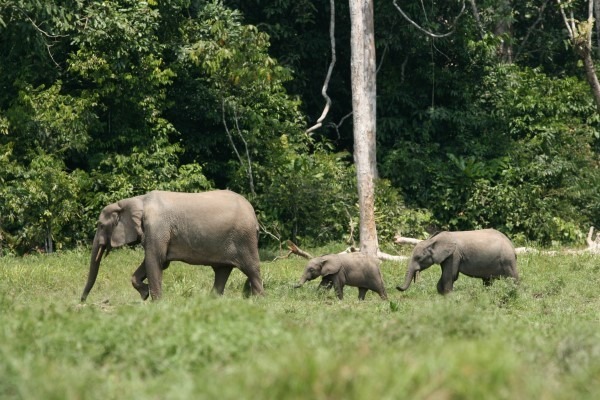 Scientists once believed that there were only two species of elephant in the world, the African Savannah Elephant and the Asian Elephant. When DNA testing was developed they were surprised to learn that there was a third species. The African Forest Elephant is a true separate species and not a subspecies of the savannah elephant as they once thought. African Forest Elephants are smaller with the largest of them growing to a height of 8 feet compared to their savannah cousins that can grow as tall as 13 feet. Their ears are also more rounded and their tusks are more straight and thin and have a pinkish coloration to their ivory. They typically live in smaller family groups and are a bit darker than savannah elephants. 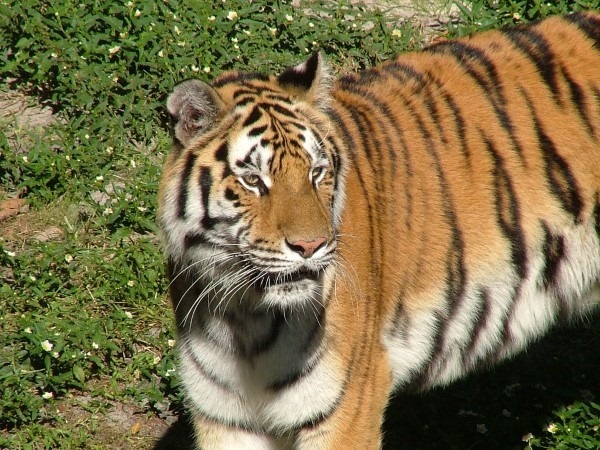 This is undoubtedly one of the most-feared predators in the rainforest. The Bengal tiger is not the largest tiger in the world but it can grow to a very formidable size of up to 10 feet long and weight up to 575 pounds. The Bengal tiger makes its home in the Bangladesh, China, India, and Indonesia. Like all big cats, the Bengal tiger is a carnivore (meat-eater) and commonly preys on boars, moneys, wild oxen, and other animals that are unfortunate enough to cross the tiger’s path when it is feeling hungry. Like most cats, it relies heavily on stealthy hunting tactics that allow it to sneak quietly within striking distance of unsuspecting prey animals. 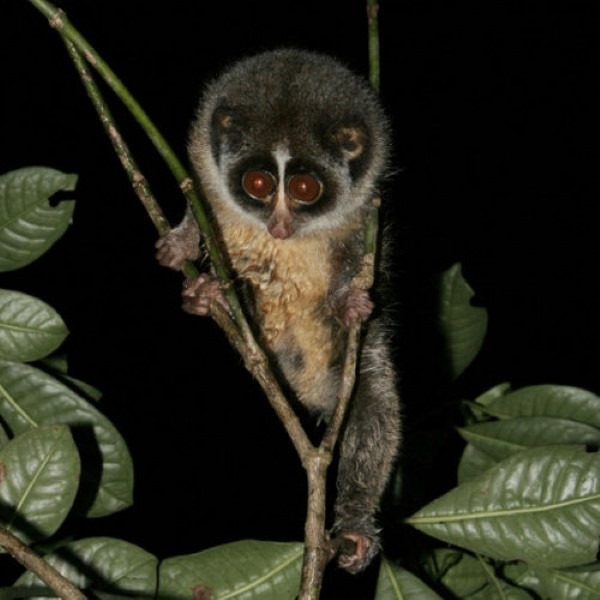 Although these small primate are not considered a danger to people, it might be a shocking experience to find yourself face-to-face with one of these odd-locking animals. Their range is restricted to the rainforests of Southern India and Sri Lanka and they favor thick forests with thorny vegetation that makes escaping from predators easier. It’s a very small animal – about the size of a chipmunk, and it spends most of its life in the trees where it moves around at a leisurely pace seeking insects which are their main food source. They will also eat certain types of leaves and even bird’s eggs and nestlings. It’s arms  and legs are only about as thick as pencils and it has tiny hands with fingers that even have fingernails. Many native people believe that the body parts of the slender loris have magical or medicinal value which has led to a decline in their population though the years. 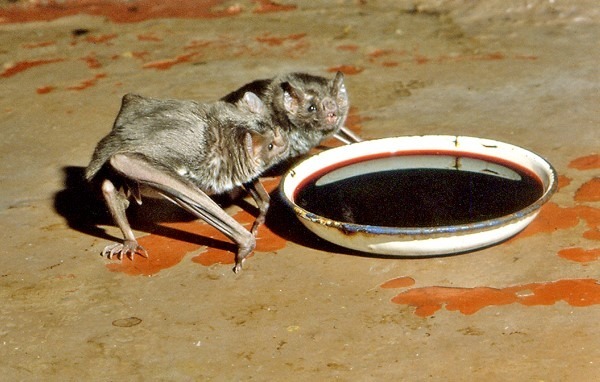 Here’s a rainforest resident whose name probably gives many people the creeps. The vampire bat is named not just for the sake of sounding spooky, it actually lives by drinking the blood of other animals. They are not terribly large, measuring about three inches long and having a wingspan of about eight inches. The vampire bat relies on stealth for its nourishment by sneaking up in other animals and biting them with it’s extremely sharp teeth. It then laps up the blood that drains from the wound, which is helped along by an anticoagulant in their saliva that prevents blood from clotting and is called draculin, appropriately enough. 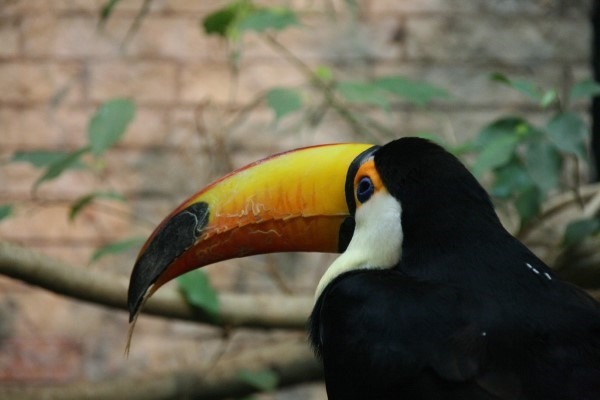 What makes these birds stand out is their enormous bill. The Toco toucan is the largest of all the toucans and can grow as large as 26 inches in length. Their bill can grow to as long as 8 inches and is black and orange in color. They are found in South America and prefer lowland rainforests and areas around palm groves where it hunts for its favorite foods that include insects, spiders, seeds, fruit, lizards, snakes, eggs from other birds and even their nestlings when the opportunity presents itself. The toucan is quite adaptable and has been successful existing in areas where humans have moved in and destroyed their natural habitat. 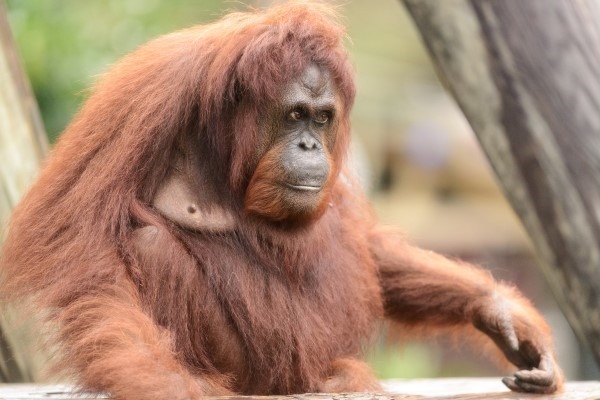 This unique-looking primate makes its home in the tropical rainforests of Sumatra and Borneo where it spends a great deal of time dwelling in the trees. They can grow as tall as about five feet but most males are around 4 feet tall while females are usually around 3 feet. They make up for their lack of height what an enormous arms that can span eight feet! While their strong arms are a tremendous asset to their life in the trees, their legs are relatively short and weak. Orangutans manage to find everything they need up in the trees where they live, including water in hollowed our trees and even from their rain-soaked fur. Their diet is diverse and can include things like fruit (figs are a favorite), leaves, nuts, bark, insects and even birds from time to time.