Sharks are easily one of the most interesting and talked about animals in the world. Most people tend to fear them due to their monstrous appearance, and the way Hollywood presents them. But on the upside, here are some fascinating facts about sharks to sink your teeth into. 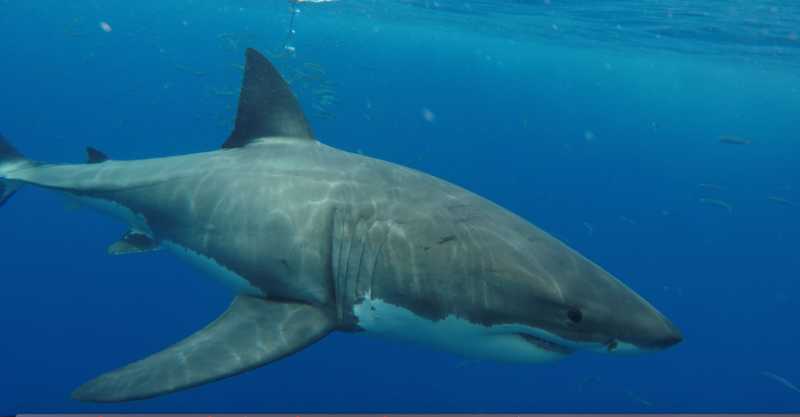 There Are Over 400 Species of Sharks

Many people tend to think of the hammerhead shark or the great white shark when thinking of sharks as they cannot name many. There are actually over 400 species of shark in the ocean.

Sharks have been around for over 450 million years. One of the oldest fossils found of a shark was in the state of Colorado and was believed to be around 455 million years old. For being around for such a long time, you’d expect them to have evolved immensely, but if you were to have seen a shark 370 million years ago, they’d look incredibly similar to how they do now. The only difference is, that most sharks have evolved to become better natural predators.

Sharks rarely develop cancer and are immune to almost every disease known to mankind. Many scientists believe that sharks could hold the key to curing cancer and developing medicines for other diseases. If this is true, then one of the most fearless and fierce predators in the ocean could one day save your life.

Sharks Are Usually Not The Threat

You may think that sharks are the biggest threat in the ocean, as they are magnificent predators, however, it’s us that are far more dangerous to sharks. Humans kill on average 100 million sharks a year, compared to only around 36 shark attacks on humans.

The ampullae of Lorenzini are special sensing organs called electroreceptors that are found in most sharks, rays, sturgeon, lungfish, and chimaeras. The purpose of these organs is to help fish sense electric fields in the water.

Sharks are categorized as cartilaginous fish as well as skates and southern stingray because they are made of cartilage and not bone. Their cartilage skeleton is extremely durable and flexible, making it easier to maneuver through the water.

Sharks never run out of teeth. If they ever lose a tooth, another tooth will come forward from the rows and rows of backup teeth. It’s possible for a shark to grow up to 20,000 teeth during its lifetime.

The nurse sharks are incredibly lazy mainly due to their extremely slow metabolism. The nurse sharks metabolism is the slowest ever recorded for a shark. They are nocturnal, meaning they sleep through the day, and are active at night. These sharks have a sluggish lifestyle.

Sharks have amazing hearing and can detect much lower sounds than humans can. Sharks are able to hear sounds from over 800 feet away and many scientists believe that sharks use their hearing to detect their prey when first learning to hunt.

The shark’s most powerful sense is their smell, however, it’s actually a myth that sharks can smell a single drop of blood from miles away. Although they can smell blood it has to be close enough to them.

The Largest Shark on Earth

The whale shark is the world’s largest shark. Growing to a length of 65 feet and weighing about 75,000 pounds, the whale shark’s appetite consists of zooplankton, jellyfish, squid and fish eggs.

The Smallest Shark on Earth

The Dwarf lanternshark is the smallest shark in the world with a maximum known length of around 8 inches. Not surprisingly, these sharks are pretty much harmless to humans and are mainly only ever seen off the coast of Colombia and Venezuela.

Megalodon was the largest prehistoric shark to have ever lived and it was also the largest marine predator in history. The megalodon species roamed the seas during the Cenozoic Era but became extinct around 2.6 million years ago.

Mostly all sharks are carnivores, meaning they are meat eaters only, as many people would expect. Most of the time you can tell by their teeth, as most meat-eating animals have pointed teeth. Their diet mainly consists of fish and other sea mammals, and even other sharks.

One of The Rarest Sharks

The Megamouth Shark is one of the rarest sharks ever. Just obtaining a video or picture, could be very rewarding if given to a researcher. Being around one of these sharks can be dangerous, due to the lack of information on them. No one quite knows their interaction with humans.

One of the more funny-looking sharks, the Hammerhead Shark is pretty easy to depict from the other sharks, mainly because of it’s oddly shaped head. But, their head size actually serves a purpose. The size of their head allows for them to have excellent sensory receptors in order to hunt their prey and move around easier. They also have electroreceptor sensors so they can feel vibrations in the water, which also helps them hunt their prey.

Some sharks like the Manta ray fish are filter feeders (also known as ram feeders). They swim with their mouths open, gobbling up everything coming their way.

Fur seal fish is a common favorite amongst sharks. In fact, every fur-seal fish encounters a shark at least once in its lifetime. Bite marks and scars are often found on fur-seal fish caught in the nets

Sharks mostly attack their prey from below and use their excellent sense of smell to locate their prey. One of the myths is that sharks are short-sighted. In fact, they have a very adapted eye for the marine environment. Sharks can contract and dilate their pupils based on ambient light.

If those senses are not enough, species like the Hammerhead sharks have extremely sensitive electromagnetic receptors on their head, which helps them catch the electric currents emitted by all living organisms.

Sharks are scavengers too. They help keep the ocean clean by devouring anything dead and remotely edible. License plates, coal, and boat parts have been found in the stomachs of dead Tiger sharks.

Sharks have an Achilles’ heel, though! They become immobile due to shock if they’re turned upside down. This is a reflex action known as ‘Tonic Immobility’. This behavior is displayed by many other animals too.

The Pacific Sleeper Shark is the largest deep-sea shark at an average 7m length with a huge stomach with a capacity of 300 liters. When you’re 2000m below sea-level, where few lifeforms can survive, you need that massive stomach to store food when available!

Annually around 50-70 million sharks are finned across the globe. Finning is a process where a shark is caught live and its fins removed using hot sharp blades. The remaining sharks are put back into the ocean for eventual death by suffocation. Sharks need to keep water flowing over their gills for breathing, so with their fins cut off, they can’t swim, leading to death by other predators.

And even more Shark Facts

1. Residing on Earth for over 370 million years and a variety of 400 sub-species, there are a lot of things we don’t know about these menacing yet majestic creatures. They are not actually considered as living fossils.

2. Sharks are present in all seas across the globe. They’re known to traverse the length of the Atlantic ocean in search of food or mating partner. Sharks are typically found ranging from shallow waters near reefs to up to 3,000 meters deep in the oceans.

3. Most Sharks are cold-blooded, though some species like the Mako and Great White sharks can adjust their body heat to match outside temperature. Sharks can be as small as the 17cm Dwarf Lanternshark, to up to a 12-meter long Whale Shark, which is the largest non-mammalian fish in the world.

4. They’re not just big, they also have great senses. A shark’s extremely sensitive nose can smell a drop of blood in 50 liters of water. And with species like the ‘Mako Shark’ capable of attaining speeds of up to 50 km per hour, their prey has a lot to worry about.

5. Grey reef sharks as the name suggests, are mostly found in reefs and are very agile swimmers. One of the reason being, they need to surface periodically for respiration.

6. Sharks do swim in shallow waters, but they would be crushed on land. Reason? Sharks are cartilaginous, meaning their skeleton is made of buoyant and lighter cartilage instead of bones, which can collapse under its weight.

7. Sharks are formidable predators with the bite-force of a Great white shark as high as up to 700psi. Such force enables them to slice through seals like a knife through butter. Their serrated (saw-like) and multiple rows of teeth ensures that once the prey is caught, it’s ripped to pieces in a matter of seconds.

8. Tiger Sharks stand out as the most excellent predator among shark species. Despite that, they’re considered sacred by natives of Hawaii. They’re known to eat fish, birds, seals, sea snakes and even sea turtles. Yes! They can break open a turtle shell by brute force.

9. A shark can easily lose a tooth during a hunt, as their teeth are not attached to their jaw bone, they are actually held in place by cartilage. However, they have multiple rows of teeth and can regrow a lost tooth in about 8 days.

10. They’re quite choosy about food and are known to display a choice for a specific color and shape for their food. Some species such as Angel shark can change their own body color to camouflage.