You must have heard a lot of tips for losing weight. The Internet is filled with information on calorie counts, low carb diets, ideas and tips on losing weight. However, have you ever heard that just smelling certain food items can enable you to lose weight? This is no longer just a theory. It is actually being used by people the world over. 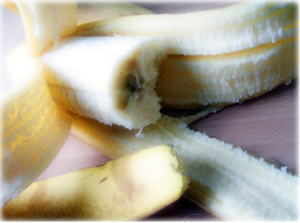 Dr. Alan Hirsch has put forth a new theory that adding a pinch of crystals on your food items will make them smell like certain foods that make you feel full. The trick is in making your mind believe that it has overeaten and therefore must stop ingestion. Dr. Hirsch says that the sense of taste primarily depends on the aroma perceived by olfactory nerves inside the nose. This sense of smell directly controls the hunger levels depending on the perceived value of the food.

These crystals are not yet available for sale on the market but there are alternatives available. Dr. Hirsch says that adding spices or aromatic additives like highly scented fruits to your food may also do the same trick. This theory might actually be the reason behind the tip given at the back of Snapple caps.

Dr. Hirsch’s idea of using scented crystals is still in the research phase. ABC has reported that there are 12 distinct crystals that are classified into two groups: salty and sweet crystals. The sweet crystals are supposed to be used on neutrals foods while the salty ones can be used on any food item. By integrating these crystals in their daily diet, 108 overweight individuals were able to lose thirty four pounds of weight over a period of six months.

The key to success in the experiment is usage of the crystals for the long term, says Dr. Hirsch. The keyword here is experiment. He has another hypothesis about the working of the crystals. He says that the crystals might be reminding the subjects not to eat or it might make all the food taste the same and thus make the subject lose interest in eating them.

Some scientists might be at a disagreement with the theories put forth by Dr. Hirsch but the fact remains that the crystals are actually quite effective in helping people shed weight. These days people are ready to try almost anything that claim to help them lose weight. What would you try? Your own spices or powers and crystals?