Unless you are agoraphobic or chained to your bed you cannot possibly have missed the fact that Starbucks Coffee houses are just about everywhere! For over 40 years Starbucks have been successfully building their brand all over the world and are probably one of the best known of all the “coffee-on-the-go” providers on the planet. Their mermaid logo is recognised all over the world even though it has changed four times over the years.

It all began in Seattle, Washington at 2000 Western Avenue, in 1971, where three friends, Jerry Baldwin, an English teacher, Zev Siegl a history teacher and Gordon Bowker, a writer, opened their first store selling roasted whole green coffee beans. The name Starbucks was inspired by the name of the chief mate in the book Moby Dick. 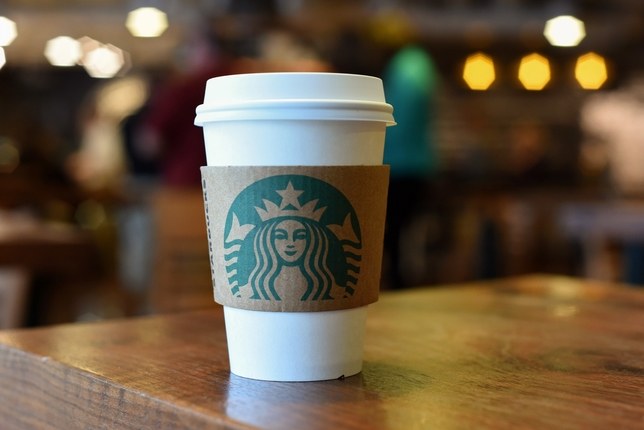 By 1986 they had expanded to six stores in the local area and after selling the chain to one of their former managers, Howard Schultz, in 1986, he further developed the brand and opened a total of 46 stores across the Northwest and Midwest of America by 1989. When floated on the stock market in 1992, Starbucks had 140 outlets worth $73.5million.

In 1994, Starbucks bought The Coffee Connection and with it the sole rights to produce the Frappuccino beverage which accounts for sales of over $2 billion per year.

In 1996 Japan was the first country outside America to have a Starbucks. It was located in Tokyo and followed quickly by the Philippines in 1997. They launched in the UK in 1998 with a takeover of the then Seattle Coffee Company and re-branded all the outlets as Starbucks.

In 1999, Starbucks entered the tea business by acquiring the “Tazo” brand for $8 million. Tazo was recently sold to Unilever for almost $400 million!

In 2002 came Mexico which now has over 800 locations, and Peru, in 2003. Russia was next, in 2007, followed by Vietnam, in 2013. This also coincided with Starbucks launching their own mobile app and 10% of all sales worldwide came from customers using it.

In 2008, the company expanded to Argentina, Belgium, Brazil, Bulgaria, the Czech Republic and Portugal.

In 2009, they began adding healthy salads and baked products to their menu and introduced  “Ready Brew”, a line of instant coffee packets, and continued their expansion into Poland, the Netherlands, and Sweden.

In 2010, Starbucks started selling beer and wine in addition to coffee in some of their USA stores, expanded into Hungary and El Salvador. They also opened their first Starbucks at sea on the “Allure of the Seas” by joining forces with Royal Caribbean International.


In 2011 they introduced their largest cup size, the Trenta, which holds31 ounces. They also began selling coffee in Norwegian food shops and opened their first Norwegian coffee shop. They opened in Beijing, China at the Beijing Capital International Airport’s Terminal 3 and this was their 500th store in China.

In 2013, they began putting calorie counts on menus in US stores for drinks and pastries. In 2014, “Fizzio” handcrafted sodas were launched and in 2015, a slightly dubious “coconut milk” was offered as an alternative to dairy milk. A deal was also brokered with the biggest retail company in Denmark, Dansk Supermarket. They also opened up in Bolivia and Azerbaijan.

In 2015 they opened up in Panama and expanded their openings in Walt Disney World to 9 locations including Disneyland, Paris. Guernsey was also opened. In partnership with the Finnish company, Kesko, a further three stores were opened next to K-Citymarket and a further store opened in Kazakhstan.

In 2016, Starbucks Canada introduced Evolution Fresh cold-pressed juices. The company had been purchased by Starbucks in 2011 for a mere $30 million! Three stores were opened in Bratislava along with 2 in South Africa.

By July 2016, Starbucks was in 6 continents and 75 countries and had total locations of 23,768. It was also announced that Starbucks would be opening in Italy by 2017.

A limited edition of two specialty drinks came along in 2017, Starbucks barrel aged coffee. The unroasted Starbucks Reserve Sulawesi beans are aged in Whiskey barrels sourced from Washington D.C. Starbucks also announced that they would be opening up in Jamaica and they opened their biggest ever store in Shanghai, China.

As well as successfully building their brand, Starbucks has also embraced technology and in some of their outlets have installed automated drinks systems allowing users to choose from a possible 280 different drinks combinations. They also offer free Wi-Fi in most of their outlets and added mobile phone charging points for their customers and in partnership with Apple and Spotify, offer music sales.

Keen to promote a “greener environment”, in 1995  Starbucks introduced a “Grounds For Your Garden” initiative offering their used coffee grounds to anyone who could use them in their compost. In 2005, they were awarded the National Recycling Coalition Recycling Works Award after they introduced 10% recycled paper into their beverage cups.

Now… anyone for coffee?