It’s always been assumed that men prefer blondes. Deemed as more fun-loving, vivacious types of women, blondes are reputed to have more fun but a recent study has found that men actually do prefer brunettes.

Two thousand males, who are members of social networking site Badoo, were asked a series of questions to discover which features of a woman they found most attractive. Rather than succumbing to the stereotypical male preferences, the study proves outright that men actually do find brunettes more attractive. 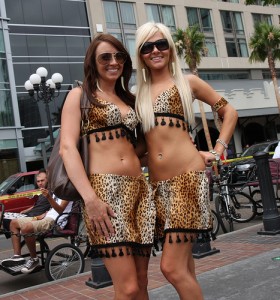 It seems that most men prefer brunettes

Over 60% of the males questioned agreed that dark hair was more alluring than lighter hair and that dark hair, coupled with blue eyes is the ultimate attraction.

You only need to look at the FHM 2012 100 Sexiest Women in the World list to see definitive proof that the attraction to blondes has somewhat floundered. With names like Tulisa Contostavlos, Cheryl Cole, Katy Perry, Megan Fox, and Mila Kunis gracing the top ten, it is only fair to say that brunettes have certainly won the hearts and minds of Britain’s male population.