You are about to go on stage in front of a large audience to perform in a play. Backstage you are fully rehearsed and ready to go, but you’re hands are getting sweaty, your heart is beating almost out of your chest, you are feeling dizzy and your blood pressure is through the roof. You are nervous. What happens when you are nervous is that your body is reacting to a perceived danger and it is getting ready for fight or flight. This fight or flight response by our bodies is designed to help us cope with danger, it gets us into a state of hyper arousal giving us increased strength and speed in order to prime us for either a fight or to run as fast as we can. Inside of our bodies, it is our nervous system that has kicked in to gear and set off all these reactions.

The nervous system is our body’s control and communication system. Have you ever seen the inside of a computer; the tangle of wires and cables that work together to channel power and information through it and make it work? That is kind of like what our nervous system is – it’s our body’s electrical wiring. 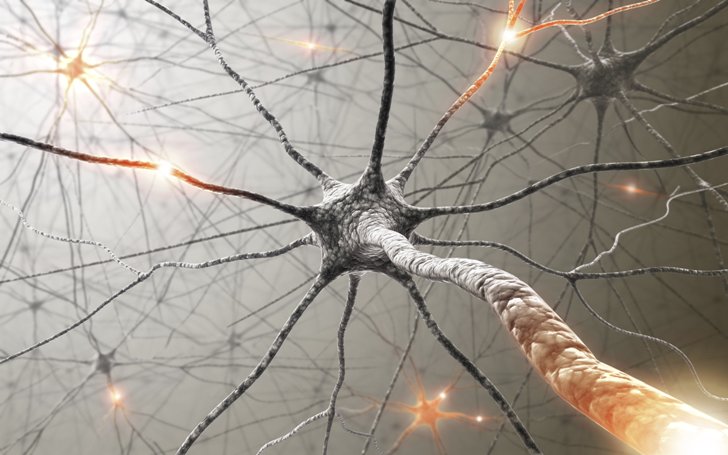 There are two main parts to the Nervous System; the Central Nervous System, which is made up of the brain and spinal cord, and the Peripheral Nervous System, which is made up of nerves and neurons that connect the Central Nervous System to the rest of the body ie. the limbs and organs. The two work together to keep the body functioning. For instance, when the brain generates a message, it is carried by the neurons through the nerves to the part of the body where it relays the message and fulfills the instruction. The nerves are the highways that the neurons travel on, similar to how the blood vessels are the highways that the blood travels on. Our nerves contain billions of neurons, which are constantly sending and receiving messages and instructing our bodies what to do.

There are different types of neurons and they are categorised by what type of message they are carrying:

Sensory neurons carry signals from the outer parts of the body like the skin, eyes and ears, into the central nervous system. These neurons travel via the afferent nerves, which are like one-way streets and only go one direction.

Motor neurons transport signals from the central nervous system to external parts of the body, such as muscles, skin and glands. These travel via the efferent nerves, which also only go one direction.

Inter Neurons create neural circuits, which enable communication between sensory and motor neurons. They travel via mixed nerves, which are like two-way streets, and have neurons going both directions.

There are two types of actions that the nervous system carries out; voluntary and involuntary. The involuntary actions are the things our bodies do automatically like breathing and regulation of the blood pressure – this is called an autonomic action. The voluntary actions, also called somatic actions, are what makes our muscles work when we want to lift something, or what moves our legs when we want to walk.

You accidently graze your arm against a boiling hot kettle; you feel pain and instantly pull away without even thinking about it. You didn’t have a conscious thought that went ‘Oh that’s hot, quick, pull your arm away’, but your nervous system did. It happened in a nano-second but the process was a very detailed and complex one. There are receptors in your skin, which detected the pain. They immediately kicked in to gear and sent a message which was carried by the sensory neurons through the nerves to your brain saying that what you just did by touching the hot kettle was causing you harm. The brain processed this information and then put a message together in response, gave it to the motor neurons, which travelled back through the nerves to the muscles in your arm, which followed the instruction to pull away from the hot kettle.

There is another level of detail. Think of the neurons as the message carriers, like the envelope that contains the message, and the neurotransmitters as the actual details within the message ie telling the arm muscles to move away from the hot kettle.
Structurally, neurons look a little bit like trees. A neurotransmitter travels to the end of the branch of one tree, jumps across a gap called the synapse (because they don’t touch) and onto the branch of another tree. It takes a fraction of a millisecond; to put the timeframe in an every-day context, if a neuron had to travel the length of a football field it would do it in a second flat. Neurons are protected by an insulating layer of material called the myelin sheath, which serves to facilitate the transmission and speed of the neurons around the body.

The nerves in the human body can be categorized into 2 groups; cranial nerves and spinal nerves.

Cranial nerves: There are twelve pairs of cranial nerves, although there is debate about the possibility of a thirteenth cranial nerve. They emerge directly from the brain connecting it to other parts of the body, primarily the head and neck.

Spinal nerves: The spinal nerves are mixed nerves, which mean that they carry sensory and motor neurons. They connect the spinal cord to the rest of the body. In humans there are 31 pairs of spinal nerves.

Diseases of the Nervous System

Degenerative nerve diseases are often painfully gradual and can be fatal. Multiple Sclerosis happens when the protective coating or myelin sheath around the nerves breaks down and wears away. This slows down the transmission of neurons, and thus communication, from the brain to the rest of the body, making motor functions difficult and eventually impossible. The cause is not known but it is thought to be either that the immune system attacks it or the production of myelin just slows down and stops.

Motor Neurone Disease is a progressive neurological condition that attacks the motor neurons or nerves in the brain and spinal cord, so that messages gradually stop reaching them and they degenerate and waste away. It can affect how you walk, talk, eat, drink and breathe. The cause is not known, however some people are more susceptible to it than others.

There are many phrases that we use every day relating to the nervous system, which also go some way in explaining its importance and function.

If someone is nervous and lacking in confidence they are described as a ‘bundle of nerves’, while someone with a lot of courage and audacity is described as having ‘nerves of steel’. The one you really want to avoid is to have ‘touched a nerve’ because then you have mentioned a delicate subject and caused discomfort for someone. Unless of course, that is what you meant to do. In which case, you ‘have some nerve’!