Having a guard dog can be useful, so useful that it could save your life, or even the things you own one day. How? By attacking an intruder, such as a burglar or potential threat. Guard dogs are some of the best guards a person can ask for. Here are the top 10 guard dogs in the world. 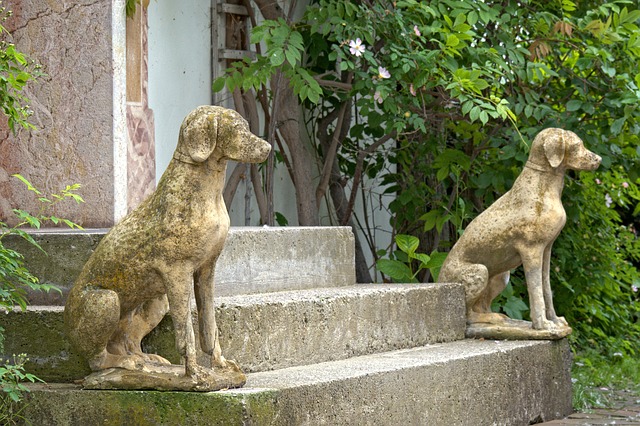 Developed in the 17th century, this breed of dog was bred to defend livestock and property. Then slowly but surely, made its way into towns and cities, where it started guarding factories and stockyards. This breed is very loyal, intelligent, energetic and trustworthy. The Giant Schnauzer is extremely good with children, and is the perfect guard dog for families looking for one.

One of the more less intense on the list, the Kuvasz is a natural guard. They were bred to protect livestock and to scare off wolves and other animals that could be threatening to livestock. As with every other breed, the Kuvasz needs training. They have a pretty well suited temperament. The main aspects of this breed, is that they’re fearless and brave.

This breed was bred for the ability to be a guard, whether it be livestock or someone’s home. The Komondors temperament is calm and steady, and if in trouble will take actions fearlessly. The Komondor is incredibly fast, powerful, and athletic. When trained properly at a young age, it can become an extraordinary guard dog.

The Cane Corso was also around during the Roman Empire times, and was used for hunting animals, such as boars and swine. They were often used for guarding property, livestock, and families as well, and still are to this day. Their main purpose today for being a guard dog is because of all the qualities and assets they have for being one.

The Dogo Argentino is no joke. They’re very muscular and large. They were developed in Argentina for the main purpose to hunt, and most importantly, protect humans. They are often trained for search and rescue missions, military work, and to hunt. Knowing this, the dog is fit to be a pretty good guard dog, not to mention the appearance of the Dogo Argentino can strike fear into many, looking to do harm to him, or what he considers his family.

One of the biggest and strongest on this list, is the Boerboel. The Boerboel does very well with families and especially children, making the Boerboel an extremely good guard dog for a family home. A very important aspect of this dog is that it is very intimidating due to its size. They weigh from around 150 to 200 pounds on average, and are naturally built muscularly.

This breed has one of the best temperaments for the job. The Rhodesian Ridgeback is naturally intelligent, loyal, and an excellent hunter. If given the proper training by someone with experience, the Rhodesian Ridgeback can be one of the most fierce guard dogs on this list. Due to its natural ability to hunt, it’s clear to see why this breed can be such an amazing guard dog.

This breed goes far back in history, as far back as the Roman Empire. Rottweilers are naturally skilled protectors and have great intelligence. This is what makes them such good guard dogs, if trained properly. People tend to think of Rottweilers as mean and vicious dogs, which isn’t entirely true. The main reason people believe this is because they’ve been such an amazing breed for protection for thousands of years now. They have every trait of being an excellent guard dog, which is the reason they tend to strike fear into a lot of people.

One of the most loyal, brave, obedient, and yet one of the most loving breeds is the German Shepherd. If trained at an early age, can make an extremely amazing guard dog, they were bred in the late 1800’s in Germany for that specific reason. Once older, the dog doesn’t cope that well with strangers, which in return, is good for being a guard dog. Another important aspect of the breed, is that the they are extremely good family pets.

Being one of the most territorial and possessive dogs on this list, is the Bullmastiff, one of the finest guard dogs to live. The Bullmastiffs temperament is described as fearless and confident, making him an obvious choice for a guard dog. Possibly the most convincing reason that the Bullmastiff is an amazingly well suited dog for the job, is that he has no hesitation in protecting what he considers family, which is an incredible trait for the breed to possess.