When you aren’t driving one of your seventeen luxury sports cars, hosting soirees in your ridiculously over-sized mansion that dwarfs the White House, or bathing in your liquid gold-filled swimming pool, it’s difficult to show just how important, impressive, and better than everyone else you are. I mean, sure, your three-hundred dollar haircut, five-hundred dollar pair of shoes, and the two-thousand-dollar suit should show off your superiority, but why stop there? Why not invest several hundred thousand dollars (or, millions – why not) to purchase one of the most expensive watches listed below, and really show how amazing you are? (Sarcasm has been included).

To start our list of extravagant expenditures, let’s take a look at the Breguet Pocket Watch 1970 BA/12. Crafted of 18 karats yellow gold, with manual engraving on its facial features of silver, this watch costs an “impressive” $734,000.

Blank pain is right, considering how ridiculously expensive this watch is. $800,000 on a watch, and I’m pained thinking of the numerous ways $800,000 would be better spent. The Grande Complication consists of a platinum frame, a crocodile skin belt, and nearly 740 pieces – hence being named complication. Rest assured, however! Spending $800,000 results in one of the most accurate watches to exist, even displaying the day of the week, and the month, in case you lost your calendar. Besides, we all know how crucial the difference two nanoseconds can make.

Who knew when man first reached the moon, they did it to harvest meteorites to build into watches? That’s exactly what the Louis Moinet Magistralis has done! Containing a real piece of a real meteorite found from a real expedition to the real moon (they would never lie about that, right?), many regard this watch to be the rarest, and most stylish, in the world. Claim a piece of the moon for only $860,000.

Crafted with extreme accuracy in 2009, the Hublot Black Caviar Bang is our first contestant to reach the $1 million mark. This watch consists of your classic clock hand, with no apparent way to actually tell time. Bah – you’re not buying this watch for the time aspect, anyway! I mean, who does that? You’re actually buying the Caviar Bang for 18-carat white gold, and the 501 baguette-cut black diamonds.

Want to make people think you’re actually wearing hundreds of ice cubes on your wrist? Then, the Chopard Super Ice Cube is perfect for you! Not only is it a watch without any discernible time-telling feature, it also serves as a luxury bracelet, consisting of 60-carat, cube-shaped diamonds. And, don’t worry! For only $1.1 million, you can show off your wealth while scuba diving (down to 100 feet)! Make sure those fish know who’s boss! 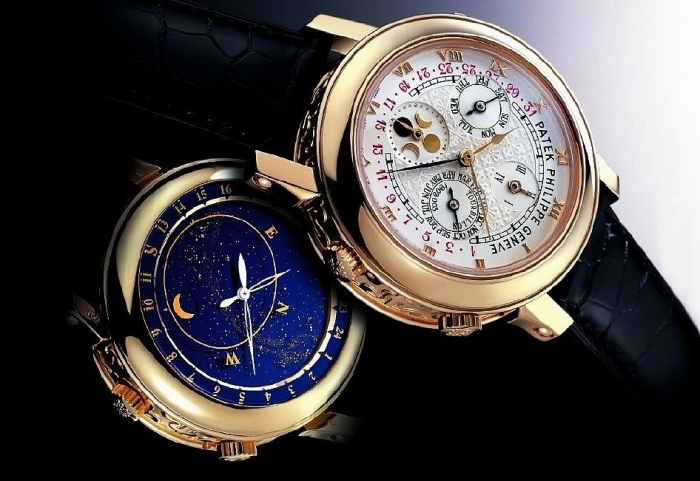 The first, but not last, Patek Phillippe on our list is the Patek Philippe Sky Moon Tourbillon. It is regarded as one of Patek’s most complicated watches. The Tourbillon consists of two faces: the first displaying the time, date, and moon phases – perfect for werewolves needing to keep track of the full moons. The second face displays a blue starscape, and the hours divided into 24 intervals. This piece of modern art will cost you a measly $1.3 million.

In 2002, the Patek Philippe Platinum World Time sold for $4 million. During its time, the World Time was the most expensive wristwatch in existence. With finishes ranging from yellow to white, and gold to platinum, this watch consists of several location names, so you can pretend you care about other people other than yourself.

In 1933, Henry Graves Jr. commissioned a $11 million watch from Patek Philippe. Philippe wasted no expense with that considerable sum of money, composing the watch out of 18 karat gold. Taking more than five years to design, Philippe designed this pocket watch with a plethora of features, the most notable being mechanical timekeeping. 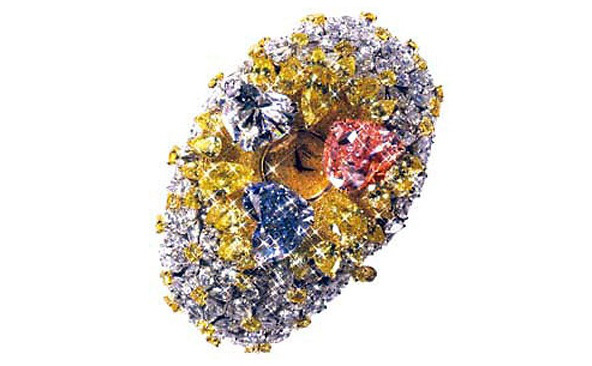 Let’s ignore every other watch on this list for a moment to look at the Chopard 210 karat wristwatch. Or, that’s what I think it’s supposed to be. This ostentatious monstrosity looks closer to a chunk of rock than a proper watch. Composed entirely of diamonds – even the bracelet is diamond – the face is buried almost into obscurity. If you’re truly looking for something to cover up the deep pain you feel inside from being ignored by your parents when you were younger, or you just want to make people think your wrist is comprised of rock, the Chopard 210 karat is perfect for you, with a paltry $26 million.

So – which of the above would you buy first, if money were no object?