There aren’t many bigger races in the world of horse racing than the Grand National. The whole of the United Kingdom is brought to a standstill every April to watch the event, with winners of the race being immortalised in the minds of sports fans forever.

It is the featured race of the Aintree Festival and is one of a very few huge races that take place on a Saturday in the world of jumps racing. Every fan of the sport differs on which race they think is more prestigious during the National Hunt season, but it’s incredibly difficult to look past the Grand National as being number one. 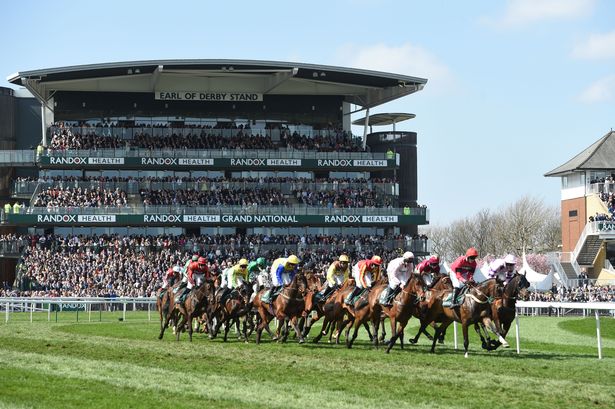 In total, there have been seven horses that have won the prestigious race on more than one occasion. Six of these horses have won the event in consecutive years, but the difficulty of achieving that over the modern era has been shown by the fact that only two horses have achieved that feat in the past 40 years. Red Rum is the most prestigious to have won the race after winning it in consecutive years in 1973 and 1974. He returned to win the race against three years later.

Tiger Roll has threatened to equal that record over recent years after winning the race in both 2018 and 2019. His chance at achieving an unprecedented three in a row were unfortunately missed due to the cancellation of the Grand National in 2020. But, he will be back in 2021 to attempt to make more history.

There is only one jockey that stands out from the crowd when it comes to rising winners in the Grand National, and that is the legendary George Stevens. He rode an unprecedented five winners in this race, with the first of those coming with Freetrader in 1856. Stevens went on to rise Emblem and Emblematic to success in 1863 and 1864 respectively, before winning consecutive Grand Nationals onboard The Colonel in 1869 and 1870.

Trainers also have a pivotal role to play in the preparation before the big race, and there are three different trainers that have managed to win the race on four occasions. George Dockeray was the first to reach that tally after having winners with Lottery, Jerry, Gaylad and Miss Mowbray between 1839 and 1852.

Fred Rimell was next to join the esteemed trainer’s list after having winners with E.S.B., Nicolaus Silver, Gay Trip and Rag Trade. Red Rum’s trainer Ginger McCain also makes the list having won the race three times with the iconic horse and once with Amberleigh House in 2004.

Betting is at the forefront of the Grand National and has only ensured that it has remained as popular throughout its history. Throughout the history of the Grand National, there have been some long odds winners, with five horses winning at odds of 100/1. Tipperary Tim was the first to achieve that in 1928, before Gregalach also won at the same odds in the following year.

The viewing figures would indicate that the Grand National is only getting more and more popular. It is estimated that over 500 million people watch the race around the world, with the illustrious race broadcast in 140 different countries. That isn’t even mentioning the number of people that tune in to listen to the race on the radio. Also, there were nearly ten million people watching the race on ITV in 2019, which was an increase of over one million people from the previous year.

To be compared only the American Kentucky Derby, which is scheduled to happen in September might be equal in importance. If you fancy your luck with free Kentucky Derby picks click here.