“Too much of anything is bad, but too much good whiskey is barely enough.”  – Mark Twain, “Father of American Literature” 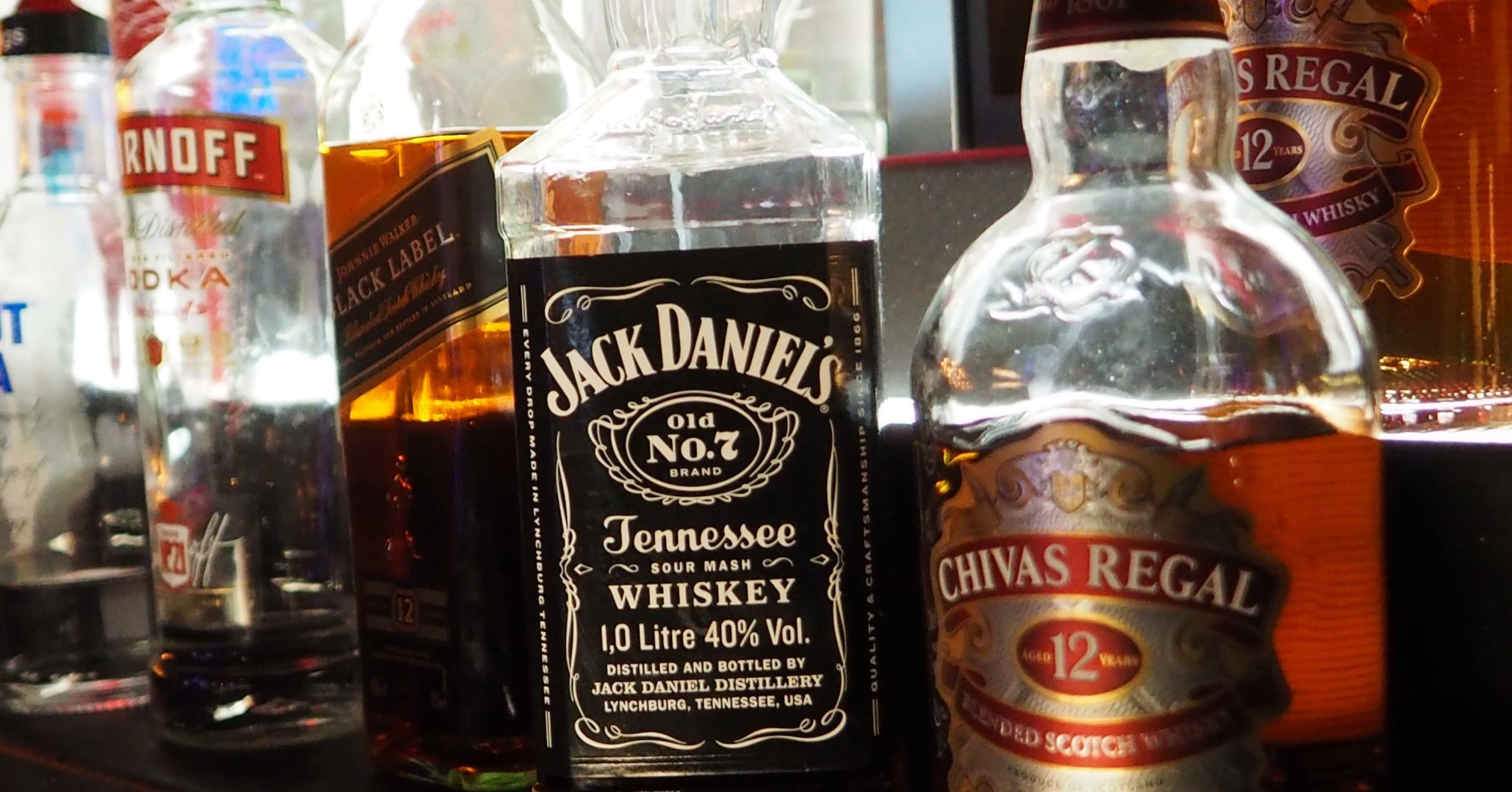 When people hear of whiskey, innumerable thoughts will come into mind. From heavy-drinking cowboys, especially in vintage movies taking shots before a tavern brawl or gunfight happens, to James Bond having a luxurious glass of Macallans. Alcoholic beverages, as a whole, are being constantly debated by the researchers whether it is actually bad or good for you.  While they are out there busy studying and arguing about it, it is without a doubt, that whiskey is the one! Still, in moderate amounts of course! Whiskey got its name from the Gaelic word “uisge beatha”, meaning the “water of life”.  So, what are you waiting for? Pour a glass, swirl it a little, and savour its flavour as you look through these 13 proven health benefits and/or logical reasons why you should drink whiskey.

For more additional information on whiskey make sure to visit bartrendr.com

Have you become more forgetful lately? Like the location of your phone, wallet, car keys or worse, your anniversary? Ooh! Sounds like a quarrel is brewing up. Well, whiskey’s got your back! How?  First and foremost, your being forgetful can be attributed to the fact that your brain is not being supplied with enough oxygen. You might be thinking “but doesn’t alcohol actually impair the cognitive ability of a person?” That is only true if alcohol is consumed in large amounts.


However, based on a 2003 case study, when whiskey is consumed in moderate amounts, i.e. 1 to 6 drinks a week, the likelihood of one suffering from dementia is lower. In fact, it can actually slow the onset of dementia. Furthermore, the ellagic acid, an antioxidant, content of whiskey can actually improve the blood circulation inside your brain. This would, in turn, produce wonders for your memory. Lastly, disclaimer, whiskey is not a cure for dementia.

Whiskey is packed with antioxidants like wines (i.e. ellagic acid). Based on several studies, antioxidants are also cancer’s archenemies. Remember, the free radicals, which are produced through the food we eat, water that we drink, medicines that we take and air that we breathe, are harmful to the body capable of causing damage to the cell’s DNA and cause cancer. This is then, where the antioxidants will come into play. Before the free radicals get in touch with the body’s cells and cause damage, the antioxidants will lend an electron to stabilize them and prevent them from causing damage to the cells.

Harvard, yes Harvard, has studied the potential benefits of alcohol consumption and a single drink of whiskey a day, according to them, may actually help prevent ischemic strokes. The study further stated that “alcohol is both a tonic and a poison” which is pretty much poetic. Moreover, whiskey is capable of increasing HDL cholesterol, the good cholesterol, which antagonizes the effects of LDL cholesterol, the bad cholesterol. Therefore, the researchers from Rowett Research Institute, Scotland, Aberdeen and UK concluded that whiskey, when consumed in moderate amounts on a regular basis, the chance of experiencing a heart attack or stroke is 50% lower. Their study was then published in the European Journal of Clinical Nutrition.

4. Helps in dealing with blood clots

Blood clot formation is very important as it helps the body to close and heal wounds. However, in instances that there is too much blood clotting or hypercoagulation along with atherosclerosis, which usually occurs due to a build-up of large amounts of cholesterol, thrombosis, heart attacks, and strokes will certainly ensue. Whiskey is a natural blood thinner and therefore, capable of diminishing blood clotting.

Want to hang out and drink with your friends but afraid that you’ll get that “beer belly” afterward? Worry no more, my friend! You see, a single glass of whiskey has much fewer calories, carbs and fat content in comparison to other alcoholic drinks like beer. The simple sugars in it are also easily catabolized or broken down by the body and converted to energy. It is one of the best alcoholic drinks out there especially when you are on a diet. In this way, you get to have fun with your friends while staying in line with your diet. Amazing, right?

Got a stuffy or clogged nose? Whiskey is an excellent decongestant! During the 18th century, the ‘Hot Toddy’ in Scotland is very unpalatable that it is said to taste like hell. Scots have then, thought of an idea in order to mask the off-putting taste by mixing their “scotch” with other ingredients or spices such as herbal tea, honey, dates, cinnamon, and others. This mixture persisted and it would then be noted as “boozy elixir” as it has the ability to dilate capillaries and become an excellent decongestant.

Diabetes is one of the most common and rapidly rising lifestyle diseases. In addition to the other health implications, it deprives you of having the most delicious foods that the world can offer – chocolates, ice cream, leche flan, tiramisu, and other sweets, bacon, meats, to name a few. Fortunately, diabetes can not rob you of your drinking career! You see, whiskey, as mentioned before, is very low on sugar or glucose and fats which is just perfect for diabetics. However, remember that it must still be in moderation.

Looking for a way to escape from a long, tiring and stressful day at the office? Relax and take a sip of whiskey. You’ve earned it! A research was done at the Peter Munk Cardiac Centre in Toronto, Canada and according to them, a glass of whiskey or red wine a day is not only good for the heart, but it also aids the circulation of blood, oxygenation, and others. In turn, it will be able to stabilize and calm your nerves as well as lower your heart rate.

Got a problem with your stomach lately? Worry no more! You see, even scientist knows that whiskey is considered as one of the best digestifs in the world. A digestif is basically an alcoholic beverage that is usually served after a meal to aid your digestion. The higher alcohol content of whiskey will stimulate the production of pepsin in the stomach. Pepsin is an enzyme primarily secreted in order to catabolize or break the proteins down into smaller molecules called polypeptides. It will also increase the secretions of both gall bladder and pancreas to further aid in the digestion of food.

You guessed it right! Yes, antioxidants! Moderate consumption of it is said to fortify one’s immune system. The antioxidants and trace amounts of vitamins in this alcoholic drink are, in fact, capable of stimulating and aid the immune system. Thereby, protects your body and helps it to fight off common diseases and infections.

No one’s immortal, that’s for sure. However, it is without a doubt that we can expand our time here in the world. That is, of course, through a healthy lifestyle. You see, whiskey, still when taken in moderate amounts, can help us live a longer life. As previously mentioned, whiskey is packed with antioxidants and they are capable of lessening the effects of aging. Yes, whiskey is not a fountain of youth. But, it can keep you stronger which is definitely better than having none at all. That my friend is enough reason to have a sip or two.

Whiskey equals lady magnet! Apparently, ladies are ensnared and bewitched to men who drink whiskey as they perceive them as irresistibly hot and sexually appealing. You see, men who drink whiskey creates an impression that a man is tough, tan and mighty, charming yet knowledgeable as well as mysterious. He is a man of culture, knows himself and an old soul, and definitely a man who is doing very good in life. Finally, gentlemen, you might want to take this note, according to ladies, men who drink whiskey are usually extraordinary and very astonishing in bed. There’s actually a study showing that whiskey improves blood circulation in the body. Thus, all men will be having no problem even those with erectile dysfunction. Well, let’s fill now our shelves with whiskey!

Got a wound, but no disinfectant? Got no mouthwash to gargle? Look into your wine shelf and grab the whiskey! Yes, whiskey is a primitive choice but a good antiseptic! It has a sufficient alcohol concentration that can actually damage most of the membrane of the bacteria and stop them from functioning. To further prove this, a study was conducted wherein samples were taken and cultured from unwashed and unsterile parts of the body (e.g. groin, back of the knee, sole) and another set of samples were taken and cultured as well at the same body parts after washing it with whiskey. Results showed a 50% reduction in both bacterial size and quantity in areas washed with whiskey.


With all these benefits and logical reasons, what are you waiting for? Pour a glass and raise a toast for whiskey! However, just a friendly reminder, TOO MUCH OF ANYTHING IS BAD! And DRINK MODERATELY!

This article was written by Jeric John Ildefonso and you can follow him on Instagram @jjcildefonso
Want to write an article for us? Complete your details here.