A lot of times, it seems that we underestimate some species that exist on Earth quite a bit. Spiders, for one, are something that most of us think as a small, tiny creature, nowhere near to being harmful or scary. However, like almost every category of creature on this planet, even spiders have something to boast of, especially when it comes to the best of what they have. Yes, there are some spiders present on this planet that can surprise you in all aspects, and give you a reason to never look upon them as some tiny, small, and powerless creatures.

The following are some of the biggest spiders you’ll ever see. 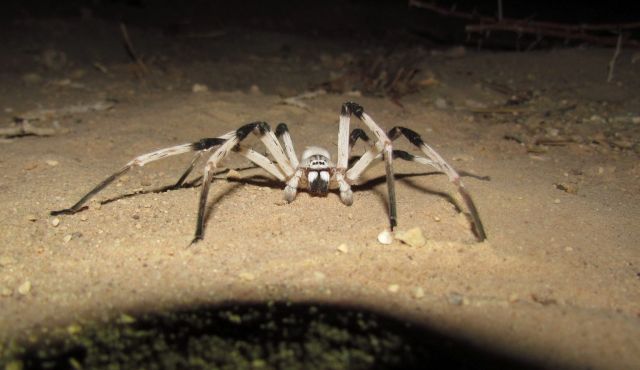 It’s actually the smallest on our list, but still big enough to surprise those who are used to see normal sized spiders. This black and white colored Cerbalus Aravensis spider was first seen in Israel in 2009. The area it can cover under its leg is about 5.5-inches. It is usually found to be living underground and is always ready to welcome any unsuspecting prey. This is the reason it is advisable to stay away from the Israeli sand dunes during night times as it is when this spider likes to look for its preys. 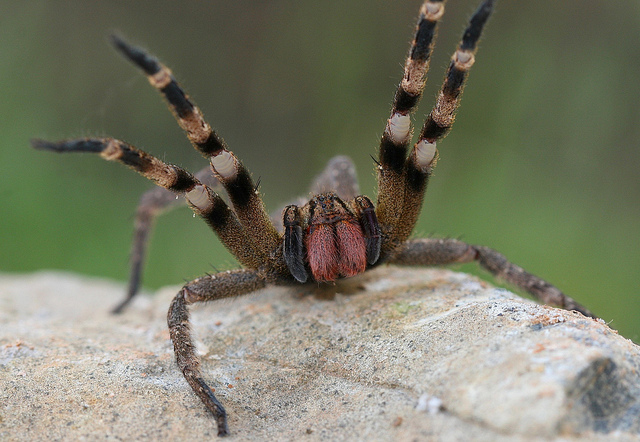 Although not one of the biggest ones on this list, nor big enough to remind you of those massive ones seen in horror or other such movies, the Brazilian Wandering Spider still offers tons of reasons to stay away from. Its leg span is just around 5.9-inches, but when it comes to the venom, it is known to have a pretty deadly one. Though it may not be as deadly as to always end up killing everyone it bites, it is deadly enough to make one suffer from unbearable pain.

Also, though its name is the Brazilian Wandering Spider, you don’t actually have to visit Brazil to find this deadly spider, as one was found in Oklahoma. 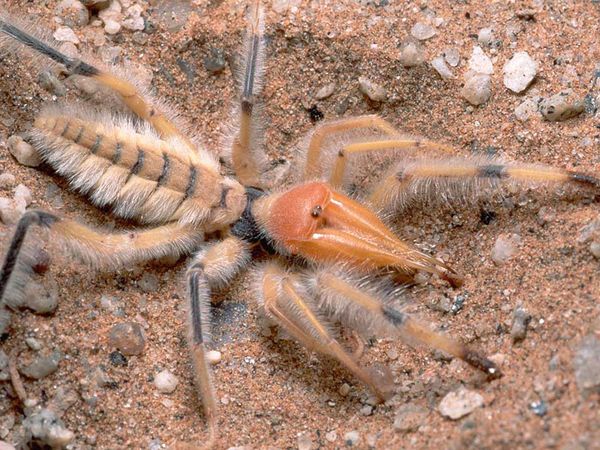 Though this name might be sounding too weird to some, this spider is called by it for a reason. In fact, it’s actually quite a mysterious spider and has quite a few myths surrounding him. One of it is that it eats humans and camels. However, it actually seems to be doing neither. But it does seem like it manages to scare both, which is probably the reason it’s called the Camel spider.

Furthermore, besides its already strange name, it also has another name, the Scorpion spider. Now before you become curious about this second name, let us reveal that it’s called that simply because it looks a bit like both. And to add to the already scary description, it’s also a good 6-inch long. 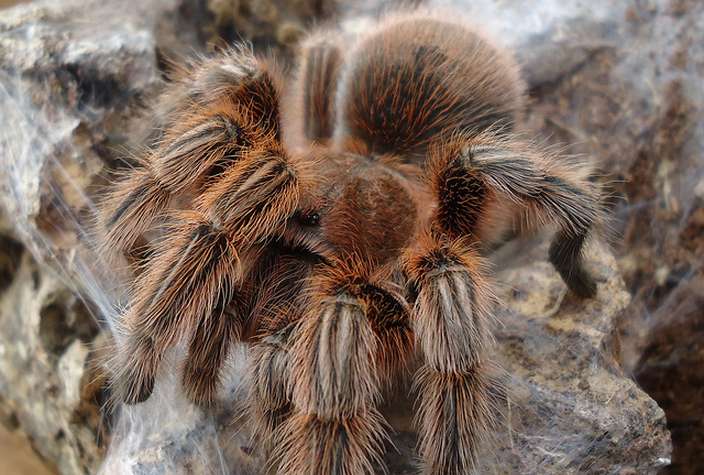 There’s something quite unique about this spider as well. For one, it is the rarest in the world among all the spiders, with the last one being seen in 1900. Since then they have avoided the human eye completely. This spider is able to cover 8-inches of area under its leg. Despite it being called the Hercules Baboon Spider, it doesn’t feed on baboons. 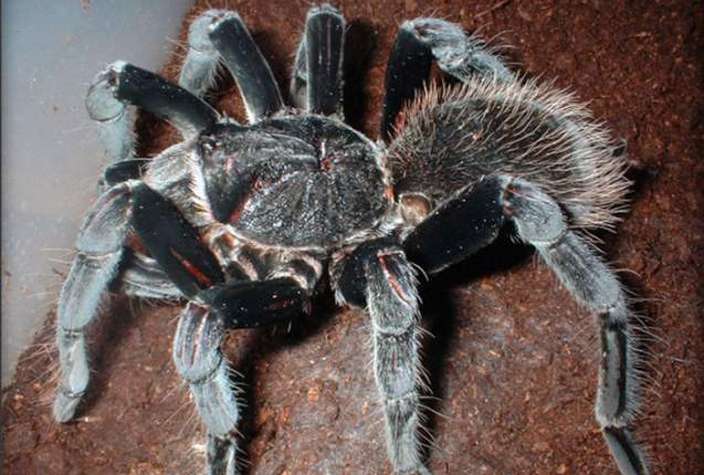 From here is where you will start seeing the actually big spiders. The Colombian Giant Black Tarantula covers a massive 9.1-inch, but fortunately, it doesn’t cause any harm to humans, except the usual scaring. It also has a bit difficult to pronounce scientific name of Xenesthis monstrosa.

Usually black in color, it is also said to have brownish hairs and a few reddish marking, giving it a look scary enough to feature in one of the horror movies. Also, as observed in almost all types of tarantulas, the Colombian Giant Black Tarantula spiders too undergo balding in the area known as the thorax area with age. 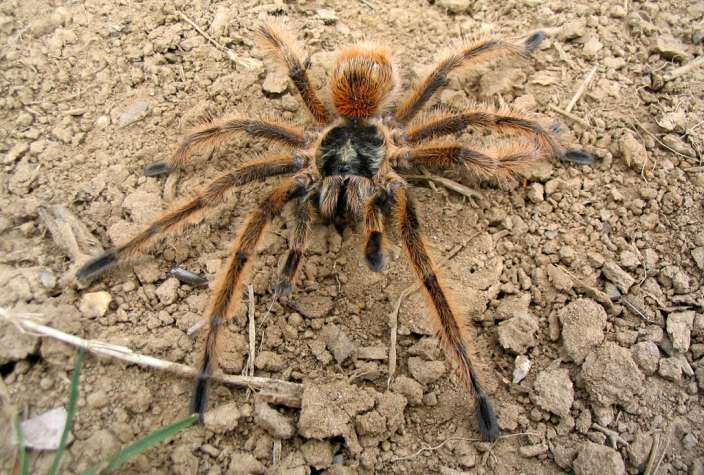 This is one of the names that show up when one looks for the biggest spiders in the world. It has a leg span of as huge as 10.2-inches, and is native to Paraguay, Uruguay, Brazil and Argentina. Think you are safe from it if you don’t live in one of these countries? Well, maybe you won’t after knowing that they are found as pets in quite a few parts of the world.

There’s also something more interesting to these spiders. Unlike most of their other counterparts, the mother of these spiders sticks around in order to help them escape the egg sack. 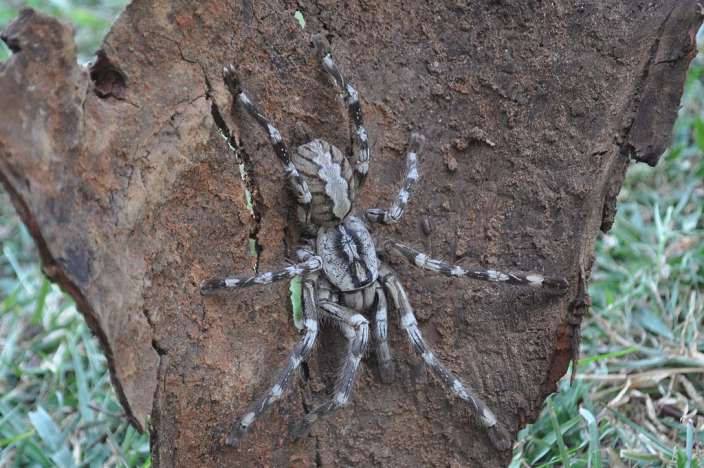 This lethal looking spider had been discovered as recently as the year 2009. Sri Lanka is the country it decided to first show itself in, so people looking to visit the country can consider having a second thought. Its abdomen features a band colored pinkish-gray. It has an 8-inch leg span. It seems that these spiders have taken a living to live in rocks, trees, as well as inside people’s home. Scary enough, isn’t it? 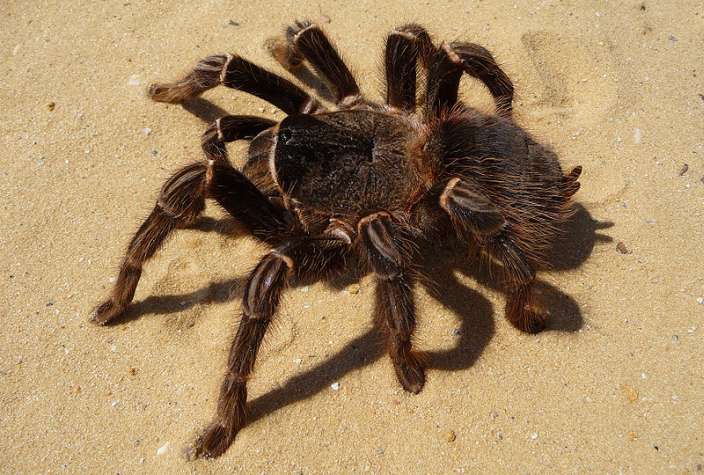 Another spider that doesn’t actually goes by his name. The Brazilian Salmon Pink Birdeater doesn’t eat any birds. Besides its structure, its size too is scary enough, having a leg span of 10-inches. It lives in the rainforests and has a brown colored body full of hairs having a salmon-pink color. It is these hairs it throws at its prey to make them helpless, or in other words, disable them. Also, it digests its preys in a really cruel way, so better to stay away from it if at all you find one. 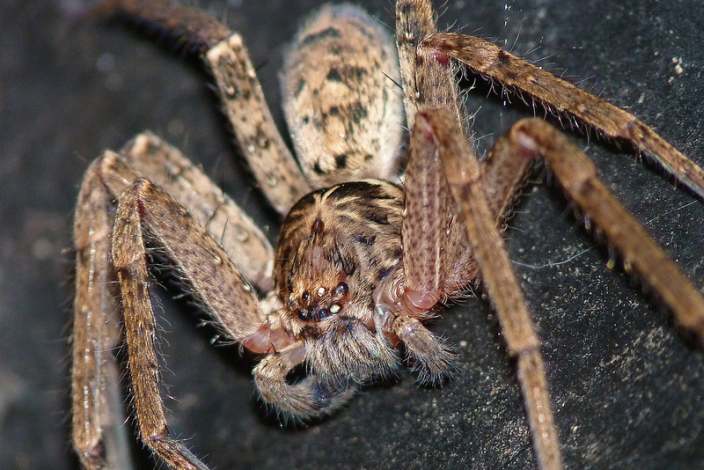 If none of the above spiders have managed to scare you, probably this one will. Its body is able to reach as much as 1-foot long distance, while its leg span is about 6-inches. Though it’s native and usually found in Asia, it has also made its way to the subtropical areas of Texas, Florida and California. The way they travelled there is actually quite interesting though.

They are believed to have reached the U.S. by sticking to bananas when they were being imported by the country. This is the reason they are also known as Banana spiders. Well, maybe you will be less tempted to eat a banana imported from other country when you see it next time.

Another interesting fact about this spider is that they are surprisingly fast, despite being so very big. Also, they are perfectly capable of scurrying up smooth areas such as a window glass, as well as walking sideways without any problem. 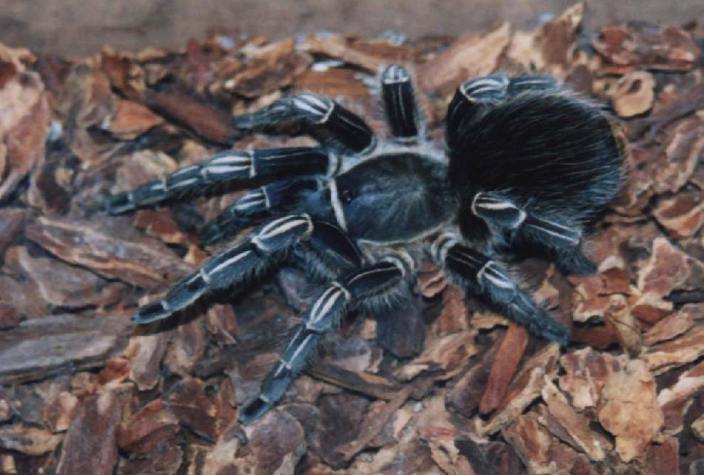 So far, there hasn’t been any spider discovered larger than the Goliath Bird-Eating Tarantula spider. Unlike the above spider, though, it does go by its name and eats birds. Needless to say, its body is huge enough to do that. Each of its fangs is about 1-inch long and its body too can reach 1-foot. The reason it is believed to be bigger than the spider mentioned above is because it is heavier.

It has tons of small hairs on its body which it uses to attack whatever or whoever threatens it. Also, though its bite is not believed to be deadly to human beings, unless one is allergic, its bite does cause quite a lot of pain, and other things like profuse sweating, nausea, and so on.

It’s native to the South America, and is usually found in the rainforests there. However, they are found all around the world where they are kept as pets. They make a hissing noise, so be careful when you hear anything like that in an area where you could possible come across a Goliath Bird-Eating Tarantula. This noise is pretty frightening and can be heard from as long as 15 foot. It actually rubs its legs against each other to make this noise, so one can imagine how strong they would be to make such a loud noise.

Finally, though these might seem quite big to you, don’t forget that you’re even bigger. Maybe it’s our tendency to get curious about anything that turn out to be bigger than the image we have about them in our mind.