Have you ever wondered why your nose never seems to get in the way of your vision, even though it’s right there in the middle of your face? Or why, once we’re dressed, we no longer feel the clothes against our skin?

It’s basically our brain’s way of being selective, hence the term “Unconscious Selective Attention”. If, after all, our brain had to constantly be giving us up to date information on whether our nose was still in place, or what clothes we’re wearing, there would simply be no time for it to get on with the other important things like keeping us alive, so it uses “unconscious selective attention” and fools us into ignoring our noses because, in the scheme of things, they are not that important!


For similar reasons, we don’t always notice what’s going on before our eyes. You can try an experiment at home with a friend. Show them a simple picture of a person against a coloured background. Then, a couple of seconds later, show them the same person against a patterned background. The chances are, they won’t even notice the difference. This obviously only works so long as they don’t see you change the photos and it’s how magicians sometimes appear to do magic – using their knowledge about “unconscious selective attention”. This is also known as “inattention blindness”, and it is our brain’s way of stopping us from seeing too much and overloading our minds. 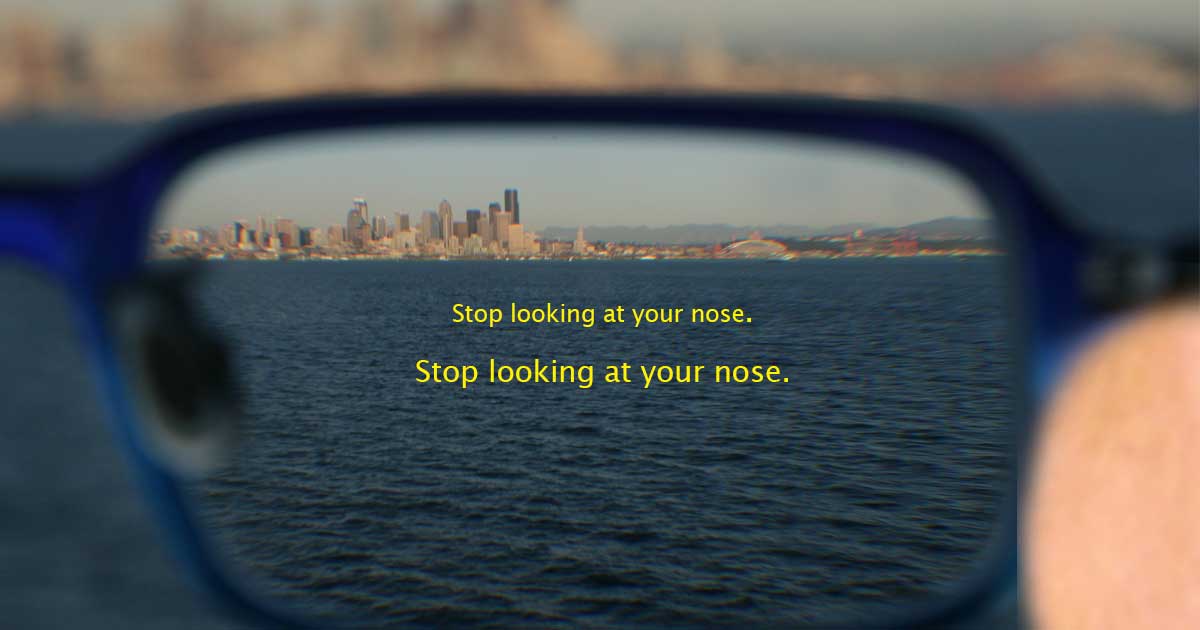 Imagine that you had something important to do like study, or write a letter. How infuriating would it be if your brain was constantly telling you to look at your nose! You simply wouldn’t be capable of concentration so our brain simply switches off it’s attention to our nose and helps you to concentrate on the task at hand.

Many of us use video cameras in our cars to record any traffic incidents we may be involved in. Have you ever played back the footage and realised you missed something that’s in the video?


Well, the next time you are driving your car, and you realise that you’ve just driven three miles and not noticed anything at all, remember, what you were thinking about was probably more engaging than your safety on the road and your mind gave it the priority. Moral: Try to engage your brain when driving as it might just save your life!
Pin It