While many phobias can arise in early childhood – perhaps after hearing a frightening story or seeing a scary film – and others can pop up once one an adult, certain phobias are so deeply ingrained in the human psyche that they seem to have no dateable origin whatsoever. They are innate and uncontrollable, and sometimes – going against the grain of the very definition of phobias themselves – have very rational, and even evolutionary roots. One such phobia is achluophobia – or the fear of the dark.

The dark is our only certain uncertainty, a constant, the one thing in this world that human beings have been trying to control since the dawn of time. First with fire, then electricity… you would be hard-pressed to find a city centre street now that doesn’t have its store windows lit up overnight. Light has been our way to keep the darkness at bay for as long as both have existed. But why? 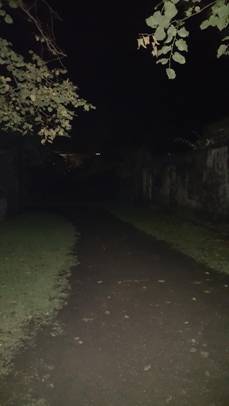 In the early years of human evolution, the darkness held within it an imminent danger. Wild animals, a cliff with a sheer drop, sharp objects in a cave. So instinctual was the fear, that it has remained within our hindbrain ever since. Even people who claim they haven’t a fear of the dark will feel a prickle on the back of their neck once in awhile – it’s instinct kicking in, even when logic can explain the fear away.

Nowadays, while we no longer need to fear wild animals or unexpected cliffs, we find ourselves worried about walking through a dark park alone at night or crossing an unlit alleyway. But should we be?

Achluophobia – as any phobia – puts irrational terrors into our heads. While some may worry about being abducted, robbed or hurt, others may find themselves conjuring ghosts and supernatural creatures from the shadows. In fact, phasmophobia – or the fear of ghosts and spirits – is a common and often debated about phobia held by many people all over the world. Just like the fear of the dark, a fear of ghosts is something that transcends time, distance, race, and age.

People who suffer acute achluophobia will find it difficult to be in any space with an absence of light. They may start to feel short of breath, find their hearts hammering, their palms sweating and their entire bodies trembling. In the worst cases, a sufferer may even get nauseous and find it difficult to articulate themselves to those around them. And unfortunately, unlike other phobias that may be specifically triggered or socially related, achluophobia could affect people anytime the sun goes down – and that is no way to live.

Thankfully, with how common the phobia is worldwide, psychologists have perfected many techniques throughout the years for helping people deal with this. Hypnotherapy is cited as being a forerunner in establishing the parameters of the phobia and helping both the patient and their doctor work together to overcome it. Alongside that, exposure therapy in a safe environment has proven to also be effective. While medication is rarely administered in general cases, all phobias are a form of anxiety disorder, and when needed a prescription is available for those suffering.