Europe is the world’s third most populous continent after Asia and Africa with an estimated 11% of the world’s population. There are approximately 51 countries in Europe and the continent has a land surface area of 10,180,000 square kilometres. Despite the many countries, Europe is the second-smallest continent based on surface area.  There are many interesting facts about Europe such as there are over 200 languages spoken in the continent yet only 23 are recognised as common in member countries.

The countries in Europe can be divided into either those that are European Union member states or those not in the European Union. There are 28 countries currently in the EU (as of July 2016). Geographically, countries in Europe can be classified into Peninsulas such Balkan, Scandinavia, Apennine and Iberian Peninsula.  Countries can also be grouped based on religion with catholic Europe making up the majority of countries followed by Orthodox. There is also Protestant Europe with Muslim countries being the least. 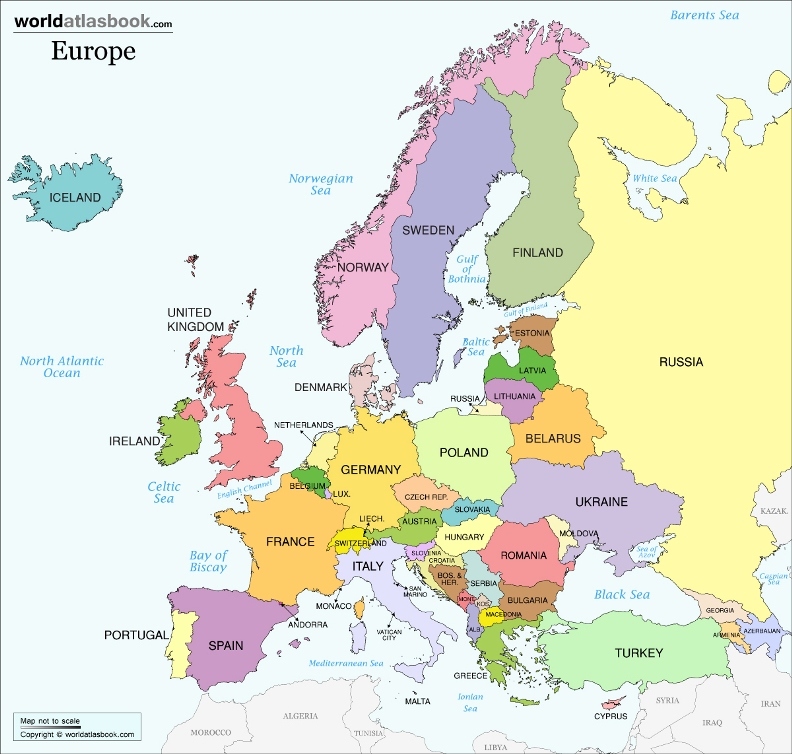 Region wise, Europe can be classified as: Nordic countries, Caucasus, British Isles, Alpine countries and Baltic States. Countries such as Russia, Georgia, Turkey, Azerbaijan and Kazakhstan are located partly in Asia and partly in Europe although they are recognised as being in Europe. Another unique aspect about some countries in Europe is that Armenia and Cyprus are located in West Asia but they are still considered as being part of Europe.


Here are some more facts about Europe: