France, known officially as the French Republic, comprises the landmass south of the United Kingdom, separating Spain and Portugal from the rest of Europe. Widely recognized for awe-inspiring architecture and gorgeous countrysides, France is also frequently spoken of for its destinations such as Paris and the Palace of Versailles. The country is also notable for its prominence in the Hundred Years’ War, its assistance and continued allegiance to the US, and the tremendously influential French Revolution. The fascinating landscape of France doesn’t stop there, so read below to learn some more facts about France, including the country’s origins and record-holdings. 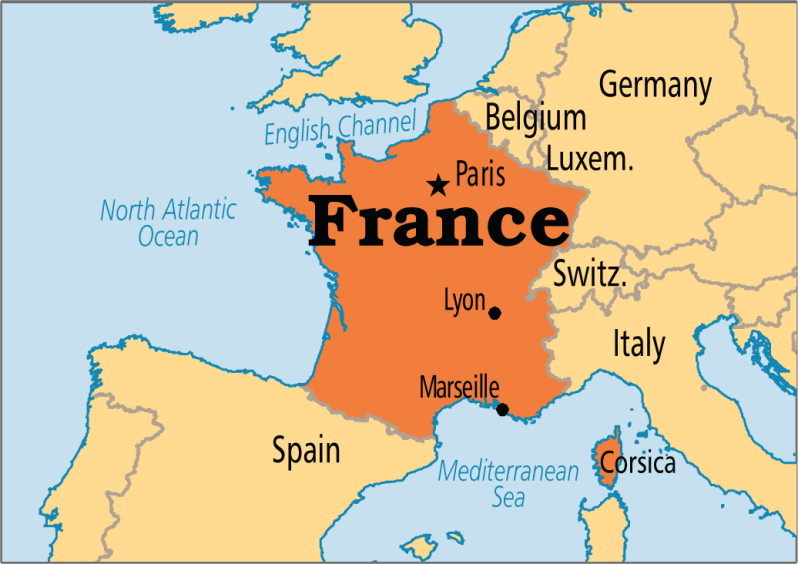 The earliest written records of France occurred in the Iron Age. Known then as Gaul, the country belonged to the Roman Empire after Roman Republic annexations, and Julius Caesar’s region-conquering in the Gallic Wars.

The name France emerged initially during the 5th century, under the Latin word Francia – meaning ‘country of the Franks’. At this time, the Germanic Franks invaded most of the region, Frankish King Clovis I united the land, and Charlemagne solidified Frankish power in the area with his Carolingian Empire. Named West Francia, the country rose to eminence under the House of Capet.

3. The Most Popular Tourist Destination

In 2015, the World Tourism Organisation ranked France as the world’s most popular tourist destination; a staggeringly impressive 84.5 million tourist arrivals were recorded. It’s hardly a surprise when you consider the country’s attractions, such as the Louvre, the Eiffel Tower, and the Tour de France. 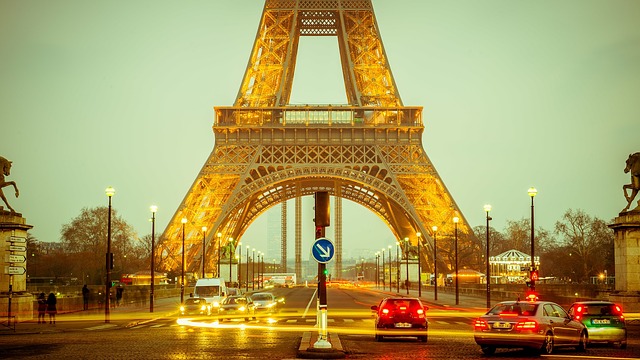 Towering at a remarkable 1,125ft (343m) at its peak, the Millau Bridge in southern France is the world’s tallest bridge. It’s also the tallest structure in the country. The British-designed, cable-stayed bridge spans the valley of the River Tarn. It was officially opened on December 16th, 2004.

On the topic of world records, France currently holds the record for the world’s oldest living human in the Guinness Book of World Records. Jeanne Louise Calment, born February 21, 1875, lived 122 years and 164 days before passing away on August 4th, 1997. Living more than a century, she experienced the 1889 opening of the Eiffel Tower, both World Wars, and modern developments in television, automobiles, and aeronautics.

The world’s first facial transplant was performed by French surgeons in 2005. In 2013, the first artificial heart transplant occurred at the Paris hospital of Georges Pompidou. The device, powered by a lithium-ion battery, mimics a real heart’s contractions, and weighs roughly three times the weight of a real organ.

Every July, since July 1st, 1903, regional cyclists gather at the Tour de France to race 2,000 miles (3,200km) over 23 days. Before 2012, Lance Armstrong was accredited as the most successful rider in the Tour de France.

The oldest recorded voice was recorded by Edouard-Leon Scott de Martinville. A French inventory, Martinville utilized his invention, the ‘phonautograph’, on April 9th, 1860, to capture the song Au Clair de la Lune on a visual paper recording. It wasn’t until 2008 that the recording was discovered and played for the first time.

Seasoned in record-holding, France’s next record follows a slightly smaller scope. The highest mountain peak, Mont Blanc, in Europe is in the French Alps. The mountain stands at nearly 16,000ft (4876m) tall.