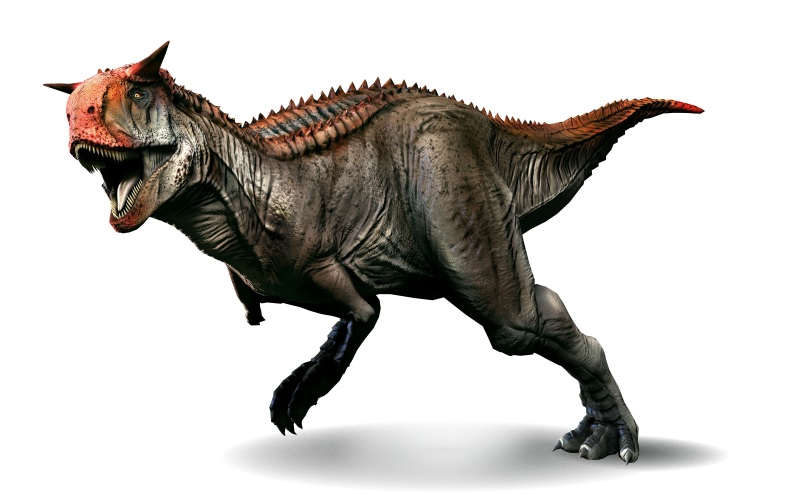 With a name meaning “meat-eating bull,” Carnotaurus already sounds pretty hardcore. It is so named because of the small, forward-pointing horns on its skull. As in T-rex, the fingered forelimbs are barely there, and the hind limbs are lithe enough to suggest that Carnotaurus ran its prey down. Like many of the coolest dinosaurs, it lived in the Late Cretaceous and has been found in South America.

Along with scale indentations on the bones, the sides of Carnotaurus were also marked with rougher, bony bumps called “osteoderms.” Between these bumps and the horns, it is theorized that these dinosaurs fought amongst themselves. Place your bets on Carnotaurus death matches today!

That said, Carnotaurus has had a little bit of limelight in Disney’s Dinosaur, as well as smaller cameos elsewhere. When you look this edgy, people just can’t stay away!

FacebookTwitter
Previous Next
Pin It