Which other name in world history is more synonymous with tyranny, genocide, destruction, and being a political insult? It may not come to anyone’s surprise that such an award belongs to Adolf Hitler, leader of the Third Reich from 1933 to 1945. Despite starting the Second World War in 1939, and causing the Holocaust, here are a few things that you may not have known about the most infamous man in human history. 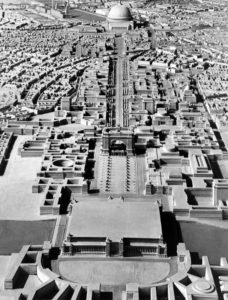 Adolf Hitler never admired Germany’s capital city. The metropolis was previously a place of sexual vice and leftist politics and never appealed to the puritanical dictator, who described it’s architecture as “provincial.” Hitler, and “first architect of the Reich” Albert Speer planned to redesign the German capital in monstrous proportions in order to outdo Paris, London, and Rome.

Known to historians as Welthauptstadt Germania (World Capital Germania) and coined by Speer in his autobiography, the “world capital” would have been an attempt by Hitler to rally all of continental Europe’s Germanic peoples. The plan would have involved the demolition of whole city districts and the importation of thousands of slave workers from Germany’s (projected) eastern conquests in order to be completed.

Germany’s defeat ended Hitler’s plans for the monumental undertaking. With the exception of the Olympic stadium, most structures never got past the planning stages. Of the many proposed projects, Hitler and Speer planned for a five kilometer “Avenue of Splendors” with diverted underground traffic to dissect the city, a proposed German arch one hundred meters taller than the Parisian Arch de Triomphe, along with constructing a Große Halle (Great Hall) inspired by Rome’s Pantheon and designed to be 16-times larger than Saint Peter’s Basilica.

Hitler was a fan of Disney Cartoons 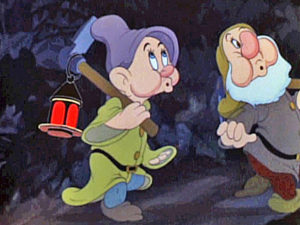 Adolf Hitler was a fan of Disney cartoons and believed that Snow White and the Seven Dwarfs (1937) was one of the greatest films ever made and even owned a complete print. Hitler was such a fan of Walt Disney’s cartoon creations that he even went as far as to paint the characters from the famous animated fairy tale.

Luckily for historians (and fans of the macabre), personal paintings from the infamous dictator have since immerged. As late as February 2008, the director of a Northern Norwegian war museum, William Hakvaag, discovered watercolor paintings of the dwarves Bashful and Doc along with the marionette Pinocchio, all signed by A. H. dated between 1937 to 1940. Hitler, himself a failed artist who didn’t pass the requirements to enter into the Vienna art academy, also left behind numerous landscape water paintings.

Adolf Hitler was a drug user 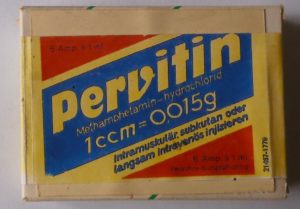 Between 1936 and 1945 Adolf Hitler became dependant on the injections of his personal physician Dr. Theodor Morell, a man hated by the dictator’s inner circle and called Der Reichsspritzenmeister (Reichmaster of Injections) by a suspicious Hermann Göring. Each morning, the Führer requested injections of glucose and would later go on to ingest 20 mg of Eukodal, a popular “designer drug” from the 1920s and similar to heroin or Oxycodone. Following the unsuccessful 1944 assassination attempt at the Wolf’s Lair in Poland, a shaken Hitler began to be administered cocaine fifty times over the course of two months.

By 1945, Hitler was being given over 28 different pills a day by Dr. Morell, along with many injections and continued dosages of glucose every few hours. As time went on he was administered a new substance, “Vitamultin”, later discovered by SS doctor Ernst-Günther Schenck as possessing high dosages of methamphetamine (meth), known in wartime Germany as Pervitin. Dr. Theodor Morell was captured by the Americans at the end of the war and died in 1948 from poor health.

Hitler Had a Sweet Tooth

In 2014, the Führer’s maid, Elisabeth Kalhammer, broke her silence and gave historians an intimate eyewitness account into the tyrant’s life, including his love of sweets. Adolf Hitler had always suffered from problems arising in his spleen and had a strict diet prepared by his personal chef. Employed as a teenager at Hitler’s retreat on the Obersalzberg, Elizabeth witnessed Hitler’s habit of disregarding his chef’s diet. The dictator would snack on chocolate scones and biscuits with tea, along with a specially-prepared “Führer cake” – an apple cake filled with nuts and raisins, baked every day and left for him to eat late into the night when all the staff was asleep. 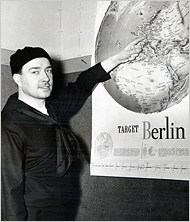 There are living relatives of the Nazi dictator currently residing in Long Island, New York. Hitler’s father, Alois, married three times. The first marriage was childless, the second produced Hitler’s two half-siblings, and the third produced Adolf along with six others, five of which died in childhood. Hitler’s full sister, Paula died childless in 1960, but his bloodline continued through his half siblings Alois Jr. and Angela Hitler.

Angela’s three children took their father’s surname, Raunal. Alois’ children, William Patrick and Heinz continued to posses the “Hitler” surname; Heinz dying at the age of 21 in a Russian prison camp during the Second World War. William Hitler attempted to profit from his uncle, much to the annoyance of the Führer who called him his “loathsome nephew.”

After failed attempts to improve his lot on account of his name, in 1939 William traveled to New York and joined the navy under a special request from the President in 1942. He left the navy in 1947, changed his name to William Stuart-Houston, married, and had four sons, one of whom died in a car accident in 1989, leaving three descendents of Adolf Hitler alive: Brian, Alexander, and Louis Stuart-Houston.

Though believed by many that the three Stuart-Houston brothers signed a pact to never have children in an effort to end the Hitler bloodline, this has since been proven partially false. According to Alexander, “maybe my other two brothers did [make a pact], but I never did.”