The country of Italy is well-known for its gorgeous rolling plains and long Mediterranean coastline. Having left an unprecedented mark on Western culture and cuisine, there aren’t many who are unfamiliar with the region. Italy’s capital, Rome, houses the Vatican City, in addition to well-known landmarks and other ancient ruins. Other major cities include Florence, containing such Renaissance masterpieces as Brunelleschi’s Duomo, and Michelangelo’s “David”; Milan, the country’s fashion capital; and Venice, the city of canals. But, how much do you truly know about the country?

Brush up on your knowledge with ten factual facts below!

1. The Name that is Italy

2. Every Country has a Capital

The capital of Italy has been Rome since 1871. Also known as the Eternal City, Rome is nearly 3,000 years old and contains such historically-famous landmarks as the Coliseum (pictured below), the Trevi Fountain, and the Sistine Chapel. Rome’s population rests at roughly 2.6 million inhabitants. 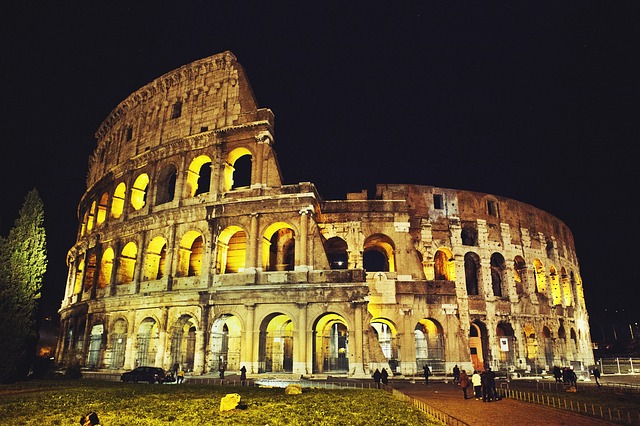 3. She-wolf and the Twins

The Italian wolf is stated as the country’s national animal, albeit unofficially. According to Italian mythology, an unnamed she-wolf nurtured the twins, Romulus and Remus, who set in motion the events that founded Rome, the capital of Italy.

The Italian language is a Romance language heavily derived from Latin. Italian’s grammatical system bears heavy resemblance to Latin, and it contains more Latin words than the other Romance languages. Latin remains the official language of the Vatican City.

One of two independent states within the country, the Vatican City is widely known for housing St. Peter’s Basilica. The City’s official language is Latin. It is the only nation allowed to lock its own gates at night. The Vatican City also maintains its own phone company, money, radio, stamps, and television stations, and employs its own military force: the Swiss Guard.

A 17th century law required all gondolas in Venice to be black. Referred to as a “sumptuary law”, the Venetian law of 1633 restricted Venetian gondolas to an absence of paint. This law was designed to reduce what the city leaders saw as “unnecessary financial expenses”, as notable households of the time attempted to out-do one another with lavish colours and fancy decorations adorning their gondolas. The waterproofing process in the 1600’s involved pitch, meaning gondolas were left with the now-distinctive black colouring.

Italian architecture is some of the broadest in the entire region. Each area has a unique style, making it difficult to classify in simple terms. Italy is also known for significant architectural advancements, such as the ancient Greek theatres, and Roman arches and domes. Major achievements include the aqueducts of Rome, the public Baths of Caracalla, and Diocletian, and arguably the most famous, the Colosseum (pictured below).

8. Blood is Thicker than Water

It’s not an uncommon sight to find young adults still living with their parents in Italy. In fact, more than a third of these adults are between the ages of 30 and 35. Italy’s suffering economy, high unemployment rates, and welfare benefit cuts aren’t the only reasons for this phenomena. Italians have always placed a major influence on tradition and familial closeness.

The young and elderly in the families are typically cared for by multiple generations living under one roof. As a child lives at home into his 30s and 40s, he/she becomes the general caretaker for his/her parents. After the parents pass away, the child adopts the house, eventually having his/her own children, which continues the cycle.

Italy is the world’s largest wine producer. The country boasts the ideal climate for viticulture, making grape cultivation so simple the region was once named Oentoria, meaning “the land of wine”. Arguably the most notable type of Italian wine, red wine maintains quite the variety of flavours. Some of the most popular are Barolo, Gattinara, and Dolcetto d’Alba.

When you think of Italian food, your first thought is likely that of pasta and tomato-based sauces, right? Interestingly enough, the staple Italian ingredient – tomato – originated in Central and South America and weren’t recorded as being introduced to Italy until the 1540s. At that time, tomatoes were grown mainly as ornaments in gardens and flower beds. Due to their close ground proximity during growing, tomatoes were seen as low status, and even peasants failed to eat the fruit as they did not provide as much nourishments are the other fruits already available. It wasn’t until 1692, in the earliest discovered tomato recipe cookbook from Naples, that tomatoes were even considered edible.