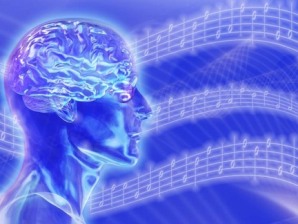 Language, and the ability to create conversation, is located on the left side of the brain. The right side houses music and melody interpretation. However, registering music tones engages multiple parts of the brain that overlap. One such part is the hippocampus, which consolidates information from short-term memory to long-term. It allows memories, emotions and attitudes associated with a certain piece of music to surface when listened to. This increased brain activity is important for recovery.

Studies in neuroscience have also discovered that music is able to aid those who have only a partial ability to see or speak. Patients with damage to the left side of their brain suffer from a lack of ability to converse. However, as music stimulates the right side, patients with speech difficulties have been known to communicate through song according to Gottfried Schlaug, associate professor of neurology at Harvard Medical School. Nina Kraus, director of the Auditory Neuroscience Laboratory at Northwestern University agrees that the power music has for recovery is huge; “When people first learn to talk and when they talk to babies they often use musical patterns in their speech”.

With help from therapy, where your brain is trained to move left and right functions across, patients can begin to regain their full speech ability.

Music also helps in that it aids the release of the chemical dopamine which helps brains function better, particularly ones that have suffered trauma.

Some scientists such as Charles Darwin, have speculated that musical ability in humans might have even developed before language.