Poverty today is a very real deterrent to the growth, health, and education of many populaces in numerous different countries. Although there is a myriad of reasons for poverty within a country, the general international measure of poverty is the Gross Domestic Product or GDP. Using this tool to assess the purchasing power of all the goods and services within a country, it is then divided by that country’s population; factoring in such things as literacy, employment rate and the purchasing power of a single person. This complex, but detailed computation, allows for a very accurate listing of the poorest countries in the world. As of 2016, the ten poorest countries best to worse are in the following list (the dollars are in American currency). 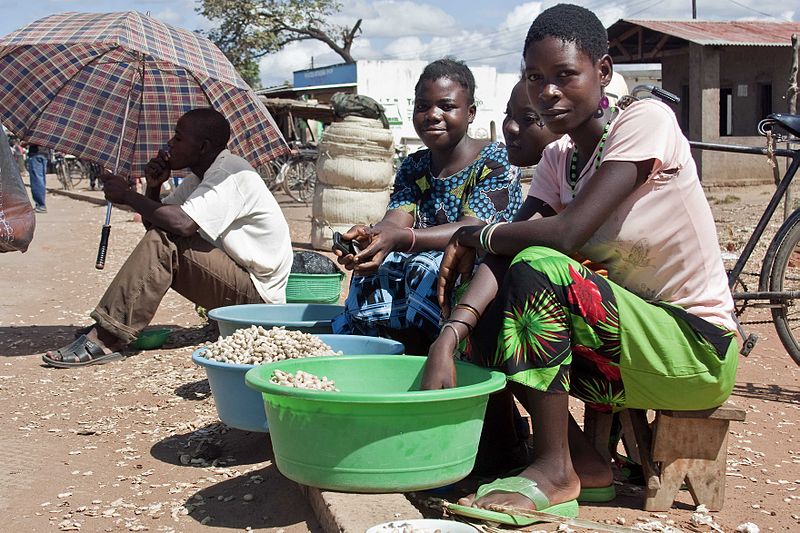 These women in Salima District, Malawi, boil groundnuts at home and carry their tubs to the Siyasiya roadside market. (credit: Swathi Sridharan)

Interesting to note is the fact that all of these countries are in mainland Africa except Madagascar which is a large island off the southeast coast. The countries are of varied size, but all have large populations in the millions, with the largest being 88 million in Ethiopia and lowest in The Gambia with 1.8 million (the smallest in landmass).

Six of these countries are landlocked with no open ports, excluding Guinea, The Gambia, Liberia, and Madagascar (island). All of the countries have agriculture as a staple part of their economy, but then there are things that hinder profit from agriculture in these countries. These range from; lack of viable or developed land, unstable weather conditions, poor industrial infrastructure, poor technology and equipment, and political corruption. In these countries, educational and training opportunities are not plentiful, and this is coupled with low literacy. Even the counties like Central African Republic, Niger, and The Democratic Republic of the Congo, rich with mineral resources such as gold and diamonds, do not profit from them, as the industries are underdeveloped due to poor infrastructure, or the rights to the resources are owned outright by other countries.

Health in these countries for the general population ranges from poor availability of medical help to none or suffers from low technology and supplies. HIV has taken root in several of the countries causing low life expectancy, and there is also attrition due to hunger and poor living conditions.

In all ten of these countries there has been very little ability, or in some cases even effort, to improve on any of the above conditions, thereby preventing any rise in the GDP.