Often the ‘butt’ of adolescent jokes about our solar system, what can I tell you that’s new about Uranus? Well, maybe not yours specifically…

Uranus is the seventh planet from the sun in our solar system. It was officially discovered by William Herschel on March 13, 1781, but his discovery was purely accidental. It had been seen several times before that of course, but had been dismissed as another star. The earliest recorded sighting was in 1690 when John Flamsteed catalogued it as a star and named it “34 Tauri”. In March, 1781, Herschel was busy surveying all the stars he could see when he saw Uranus and thought it looked a bit “different” to the other stars surrounding it. At first he thought it was a comet, and he reported it as such to the Royal Society of England. Within a few years, however, he and his fellow scientists had shown that Uranus had a regular planetary orbit. 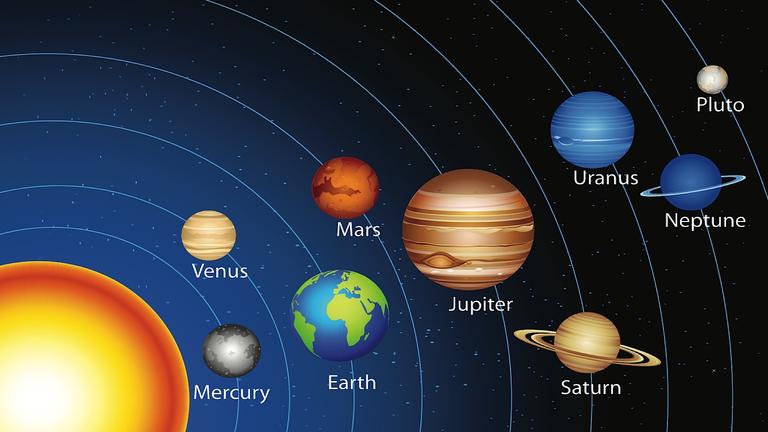 Uranus – the seventh planet from the sun (source)

Once it’s planetary status had been confirmed, Herschel was given the honour of naming the giant. He wanted to have his discovery named “Georgium Sidus” after King George III. George was King of Great Britain and Ireland from October 1760, until the two countries united on January 1st, 1801, and thereafter he was King of the United Kingdom of Great Britain until his death in January 1820. Sidus is Latin for constellation, so Herschel wanted to call Uranus “Georgian constellation” or “Georgian planet”. The scientific community of the time wasn’t keen on the name, however, and the planet’s ultimate name Uranus was suggested by astronomer Johann Bode (1747-1826). Despite serious trouble with his eyes throughout his life, Bode was the director of the Berlin Observatory from 1786 until 1825 and even published a couple of star atlases. The name Uranus comes from the ancient Greek deity Ouranos, the primeval god of the sky. Ouranos was the father of Kronos, which in Roman mythology is the equivalent of Saturn. The name Uranus didn’t come into common use until about 1850, almost 100 years after the planet was first discovered.

At the time of Herschel’s discovery, the solar system as we know it today only existed as far as the sixth planet, Saturn. The discovery of this seventh planet almost doubled the radius of our solar system as it was then known. Uranus’ orbit is about 2.87 x 109 kilometres or 1.783 x 1010 miles, and it takes sunlight almost twenty times as long to reach Uranus as it takes to reach our humble planet Earth; that is, it takes about two hours and forty minutes for sunlight to reach Uranus, while it only takes eight minutes and twenty seconds to reach the Earth. This vast distance means a year on Uranus lasts 84 Earth years.

Saturn may be known as the ringed planet, but Uranus can certainly give it a run for its money with its own thirteen rings. The rings of Uranus were discovered in 1977. The reasons these rings were discovered so late relates to both the distance of the planet from the Earth and the very low reflectivity of light of the rings themselves. The brightest of Uranus’ rings is the outermost ring, known as “Mu”. Unlike most planetary ring systems, these rings contain little overall dust and are mostly made up of particles 0.2 to 20 metres in diameter. They are largely made up of ice and debris, including boulders. Two of the latest four rings were discovered by the Voyager 2 spacecraft, which visited Uranus in 1986. The final two were discovered in photographs taken by the Hubble Space Telescope between 2003 and 2005.

Uranus looks blue and green from Earth, with blue being the predominantly visible colour. The atmospheric patterns of the planet have been difficult to observe because the colour tends to be so consistent. After the Voyager 2 visit, and using information gathered by the Hubble Space Telescope we have managed to observe and deduce more details about the atmosphere of Uranus. The reason Uranus looks so blue is because of the composition of the outermost layer of it’s atmosphere. It has been determined that the external atmosphere of Uranus is predominantly methane. This gas absorbs the visible wavelengths associated with the colour red, leaving only blue and green visible to human eyes (because of the way the rods and cones in our eyes work). The remaining atmosphere of Uranus closely resembles that of the other so-called gas giants. It is about 83% hydrogen (H2) and 15% helium, with trace elements of methane and acetylene. Unlike it’s cousins Jupiter and Saturn, however, the atmosphere of Uranus isn’t entirely gaseous, and contains large amounts of ice. This makes the atmosphere the coldest of all the planets, estimated at -213° Celsius. Even more interesting is the fact that data collected shows this temperature to be pretty consistent around the planet, even when the sun is shining on one side. Like Saturn and Jupiter, there are latitudinal bands (bands running along latitudinal lines) on Uranus. The winds associated with these bands can exceed 700 km/hr (about 435 miles per hour). Winds speeds of 724 km/hr were detected by the Voyager 2 spacecraft in 1986. Imagine kite-surfing on that surface!

One of the strangest facts about Uranus is the tilt at which it orbits. The planet’s axis is at 98 degrees (compared to the Earth, which is tilted at only 23.5 degrees), which means it lies almost sideways! And yes, it even rotates on its side. It’s believed that a collision with another planet or a very large asteroid may have caused the tilt. The magnetic field on Uranus doesn’t strictly follow the axial tilt of the planet. The tilt of the magnetic pole on Uranus compared to the rotational angle is 58.6 degrees. During parts of its orbit, either the north or the south pole is directly facing the sun, which means parts of the planet get around 42 years of direct sunlight (summer), followed by 42 years of darkness (winter). The planet rotates at a faster speed than the Earth, so a day on Uranus lasts only 17 hours and 14 minutes.

Uranus’ interior is thought to consist of two layers: a mantle and a core. The core is most likely to be composed of rock and ice, according to current scientific modeling. The mantle is believed to be 8.01 x 1024 kg or about 13.4 times the mass of the Earth. It is the second-least dense planet (after Neptune) with a density of only 1.27 grams per cubic centimeter. The mantle is composed of water, ammonia and other volatile elements. Unlike those of Saturn and Jupiter, however, the mantle is icy and very thick (about 5,111 km’s). By composition, the planet Uranus is overall thought to be about 60 to 70 per cent ice, 25 per cent rock and 5 to 15 per cent hydrogen and helium. The mantle is thought to be mostly water, ammonia and ice (yes, all 5,111 kilometres of it), while the planet’s core is believed to be made up of iron and magnesium-silicate.

Another puzzle about Uranus is that it doesn’t reflect heat in the same way that the other planets do. For example, Neptune, which is similar in size to Uranus, emits 2.6 times the heat energy it receives from the sun. Uranus emits less energy than it receives. There are two theories for this phenomenon. One says that Uranus was struck by a large body and this caused most of the heat that planets normally retain to escape into space. The second theory says there is some barrier preventing internal heat from the planet from making it’s way to the surface. I wonder how much rising temperature the core can contain before it explodes or something similarly catastrophic?

No humans have ever been to Uranus (yet), but the planet was “visited” by the Voyager 2 spacecraft in 1986. The closest approach to the planet was achieved on 24th January 1986. Voyager 2 is the only spacecraft to have flown by Uranus. It obtained little detail from the planet, but it did discover an ocean about 800 kilometres (500 miles) below the surface which is made up of boiling water. It also determined the atmospheric and surface temperatures as described above, and discovered two of the rings and ten of the moons listed in the Tables above. It also found the tilted magnetic field which is stronger than that on the planet Saturn. Voyager 2 used the gravity of Uranus to propel itself towards its next target planet of Neptune. Voyager 2 is escaping the solar system at a speed of about 3.3 A.U. (495,000,000 km or ) per year.